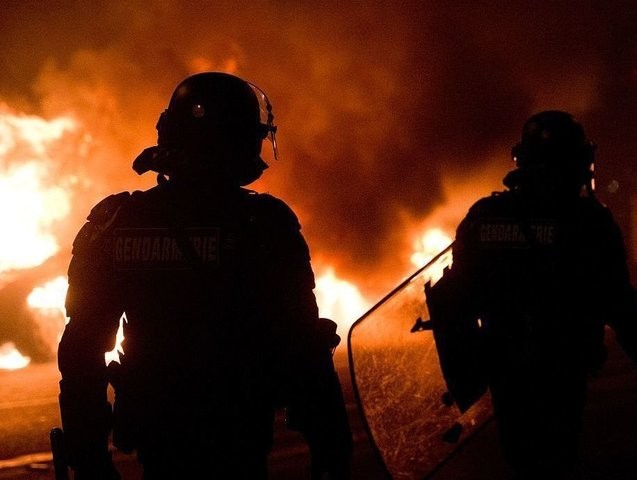 The author of a social media post calling for people in the heavily-migrant populated Paris suburbs to riot and “purge” police, has been arrested with French officials remaining on alert.

The 19-year-old was arrested Tuesday after calling for a “purge” on Snapchat of police in several parts of France on Halloween night, including the notorious Seine-Saint-Denis suburbs of Paris, Le Figaro reports.

The post, which likely drew inspiration from the U.S. horror film The Purge, listed a number of rules for participants to follow including “Dress in black with a mask if possible,” as well as saying that all weapons are allowed and that rioters should “Burn everything you see: cars, garbage cans etc.”

The author then advised attacks on police saying, “the police should be attacked with mortars, fire, firecrackers and stones.”

Shortly after the post travelled across French social media, police in Corbeil-Essonnes, an area within Seine-Saint-Denis, were attacked and three vehicles belonging to local residents were set on fire.

Since the initial post, several other copycat posts have also emerged with one adding a rule telling women not to participate in the rioting.

The 19-year-old claimed that the post was a joke but police are taking the matter seriously, with Interior Minister Christophe Castaner saying the call for a “purge” was a call to murder police officers.

Police officer Olivier Michelet in Essonne said that officers would remain vigilant in case of rioting saying, “this is the first time that a call to violence has taken a national scale,” and added, “This has certainly encouraged other young people to put these threats into practice.”

Rioting in France has become commonplace on both New Year’s Eve and on Bastille Day in July of each year and has seen “youths” set hundreds of cars on fire and attack police. On New Year’s Eve 2016 alone it was estimated that at least one thousand cars had been set on fire across the country.

New Year’s Eve 2017 saw similar behaviour and shocking footage of a female police officer being viciously beaten by a gang of young men.