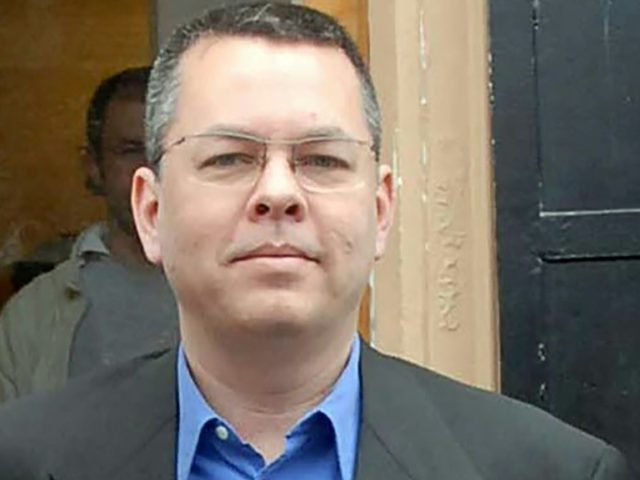 A Turkish court ruled to free Pastor Andrew Brunson on Friday after two years of detention on Friday. He is reportedly on his way home to North Carolina.

“We are grateful for the President’s commitment and efforts in securing my release,” Brunson said in a statement released by the American Center for Law and Justice (ACLJ), which has been working to secure his release. “My entire family thanks the president, the administration, and Congress for their unwavering support.”

“This is the day our family has been praying for – I am delighted to be on my way home to the United States,” Brunson said. “It’s been an extremely difficult time for our family and we want to express our appreciation to the millions of people around the world who have faithfully prayed for this day.”

“I am thankful for the representation of the American Center for Law & Justice – especially ACLJ Chief Counsel Jay Sekulow and ACLJ Senior Counsel CeCe Heil – as well as the many others who worked so hard to obtain my freedom,” Brunson said.

“I look forward to returning home and being reunited with my family,” Brunson said.

The ACLJ said the development is “a significant victory for Pastor Brunson and his family.”

The Turkish government arrested Brunson in October of 2016, claiming he was aiding two groups it considers terrorists – the Kurdistan Workers’ Party (PKK) and the Hizmet movement led by U.S.-based Islamic cleric Fethullah Gülen. But no evidence was presented in his courtroom appearances.

The ACLJ said Brunson was targeted because of his Christian faith. Brunson has been leading a Christian congregation and mission in Turkey for two decades.

“Pastor Brunson was on trial for the crime of ‘Christianization,’” the ACLJ statement said. “The ACLJ, which has been working in this country and abroad to secure his freedom, said President Trump, as well as members of Congress, continued to push for Pastor Brunson’s release and Turkish officials finally agreed.

“President Trump and his team have been tenacious in seeking the release of Pastor Brunson,” Sekulow, chief counsel of the ACLJ said.“We’re grateful to the president, members of Congress and diplomatic leaders who continued to put pressure on Turkey to secure the freedom of Pastor Brunson.”

Brunson faced up to 35 years in prison had he been convicted of the alleged crimes he committed.