Gab.com, the free-speech social media platform and a direct competitor to the Silicon Valley Masters of the Universe, flew a banner over Twitter HQ in San Francisco recently. The banner read, “Trump: Investigate Twitter! Join Gab.com,” a photo of the plane flying the banner can be seen below: 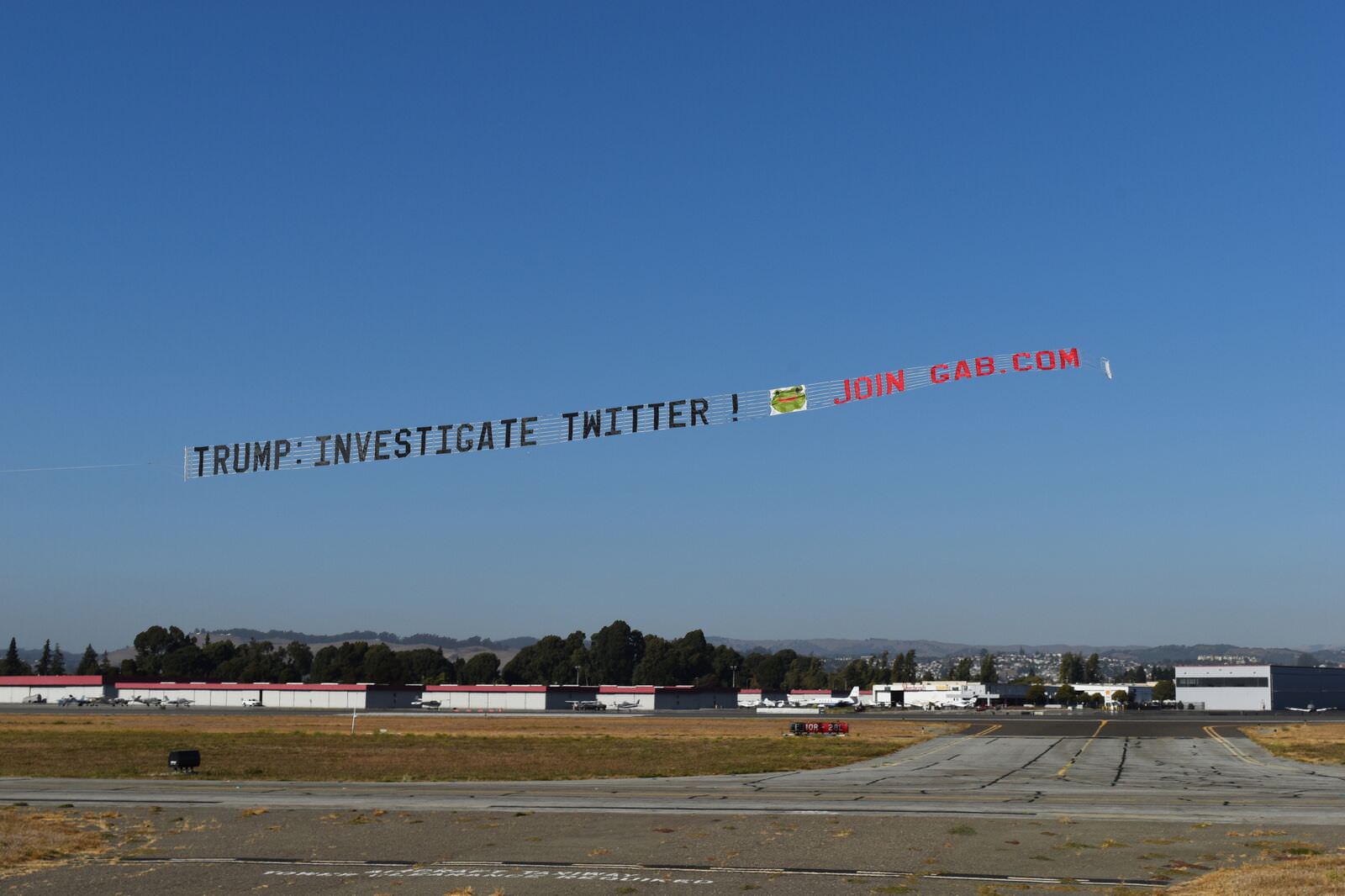 A video of the plane flying above Twitter HQ has also been shared many times across Twitter:

Gab.com CEO Andrew Torba provided Breitbart News with an exclusive comment in which he stated:

Upon reading the Executive Order to Protect Competition and Small Businesses from Bias in Online Platforms draft that was published this week, Gab decided to show our support by flying a banner over Silicon Valley. The banner read: “Trump: Investigate Twitter Join Gab.com” This banner flew around San Francisco and Twitter HQ during one of the busiest days of the year — Saleforce’s Dreamforce conference.

We hope that this administration will investigate Big Tech not only for interfering in American elections, but also in elections abroad such as the Presidential election in Brazil. By systematically silencing conservative voices, news, and information around the world, Silicon Valley has become an enemy of The People and of freedom.

Gab has raised $470,000 in under one week directly from our users to keep building the home of free speech online. Despite anti-competitive collusion from Silicon Valley to keep us off the App Store duopoly, we have managed to add hundreds of thousands of new users every month. We will continue to fight back against the Big Tech oligarchs and defend free expression online for everyone.

Gab recently rebranded its website, moving from Gab.ai to Gab.com. Torba stated in a previous interview that Gab wants to create a platform where all ideas can be expressed, saying: “We are in the process of building out free speech-friendly infrastructure so that one day, other liberty-minded tech startups can build using our tools and avoid any connection at all to Silicon Valley.”

Discussing Gab’s growth worldwide and how it can act as an open communications platform when other social media sites such as Facebook and Twitter censor their uses, Torba stated: “Gab has over 670,000 users from around the world and we are adding 100,000+ new users every month. Our goal is to make Gab the home of free speech online.”

Gab can be joined for free at Gab.com