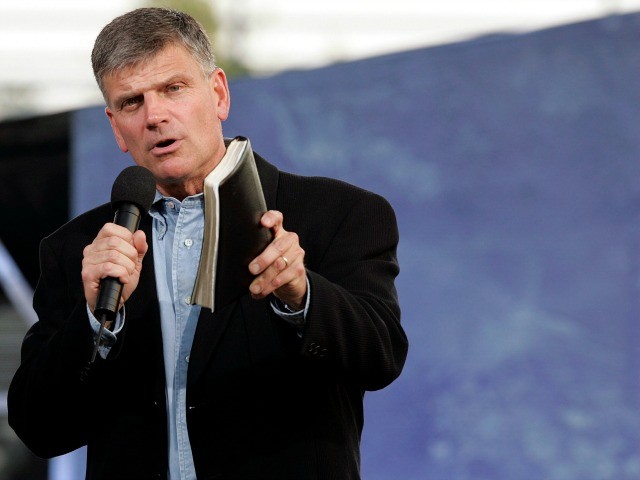 Celebrated evangelical pastor Franklin Graham has urged Cardinal Timothy Dolan to take a strong moral stand against Governor Andrew Cuomo for his recent expansion of abortion in New York in the face of calls for the governor’s excommunication.

Rev. Graham tweeted out a Fox News article in which Catholic leaders call for the excommunication of Gov. Cuomo for “flagrant celebration of pro-abortion bill.”

The article cites Tennesee Bishop Rick Stika of Knoxville who said that if it were up to him, he would excommunicate Cuomo.

“This vote is so hideous and vile that it warrants the act,” Bishop Stika wrote.

In response, Cardinal Dolan, the archbishop of New York, said he does not want to excommunicate the Catholic governor because it would not be effective.

Excommunicating Mr. Cuomo would just be “ammunition” for the abortion lobby, he said, and Cuomo himself is “not going to be moved by this, so what’s the use?”

Rev. Graham took issue with the cardinal’s reasoning, urging him to take a strong stand, regardless of the immediate consequences.

“The Catholic Church is discussing as to whether @NYGovCuomo should be excommunicated from the church for signing the state’s new abortion bill. This law allows for the murder of unborn children up until the day of their birth,” Rev. Graham tweeted Tuesday in response to the article.

“I call on my friend @CardinalDolan to take a moral stand,” Graham wrote. “Whether it moves the governor’s calloused heart or not, it will have a great impact on not only the church in New York, but on the church worldwide. It’s about standing for right over wrong, good over evil.”

In a third Tweet, Graham quoted Albany Bishop Edward Scharfenberger concerning New York’s new abortion law, noting that “the kind of procedures that now are possible in New York state, we wouldn’t even do to a dog or a cat… It’s torture.”

Catholic canon lawyers have made the case that the matter is serious enough that ecclesiastical authorities have the grounds to excommunicate the governor.