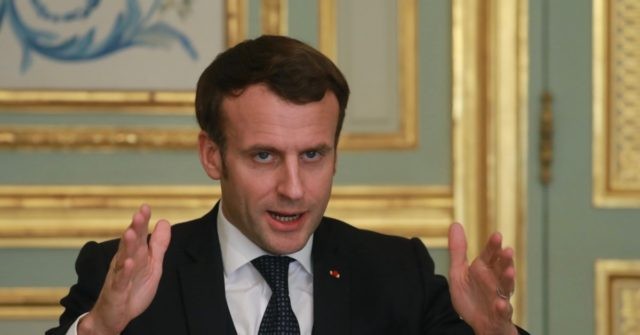 French President Emmanuel Macron promised to not remove any statue in the country, proclaiming that France will not erase its history. The pledge came amidst international Black Lives Matter campaigns to tear down tributes to historical figures deemed too controversial to remain standing by the modern left.

On Sunday, President Macron made his first public statements after the death of George Floyd in America, after weeks of widespread protests and riots that have ravaged cities across France.

Mr Macron said that while he pledges to fight against “racism, antisemitism, and discrimination”, he would not be forced by the mob, which he termed as “separatists”, to remove monuments to colonial-era figures.

“The republic will not erase any trace, or any name, from its history … it will not take down any statue,” Macron said according to France24.

“We should look at all of our history together” including France’s history in Africa, in a search for the “truth” rather than “denying who we are”, Macron said.

“It is necessary to unite around Republican patriotism. We are a nation where everyone—whatever their origin and religion—can find their place,” he said in a nod to France’s lax attitude towards mass migration.

Brexit Party Leader Nigel Farage praised the French leader’s stance on statues, saying: “At last Boris has said something but this is real leadership from Macron.”

Prime Minister Boris Johnson said on Sunday that he would fight to preserve the statue of Sir Winston Churchill in Parliament Square in London, calling charges of racism against Britain’s war-time leader the “height of lunacy”.

Johnson has made no pledge, however, to protect other monuments from the fate that befell the statues of Edward Colston in Bristol and Robert Milligan in London.

4,000 Miles Away: Europe Racked by Riots and Protests Over Death of American George Floyd https://t.co/CXz3SJz8Uc

An estimated 15,000 Black Lives Matter activists protested in Paris on Saturday, something that has become a common occurrence in the French capital since the death of George Floyd last month.

On June 2nd, some 20,000 marched in Paris in demonstrations that devolved into rioting, with agitators setting fires, attacking a police station, and injuring officers.

The radical group called for their monuments to be placed in a “Museum of Racism”.

“The public statues of the accursed Colbert, Napoleon, General De Gaulle will be thrown in the bins of humanity’s history; thus, their memories will be wiped from the face of the earth for the benefit of younger generations,” Black African Defence League said.