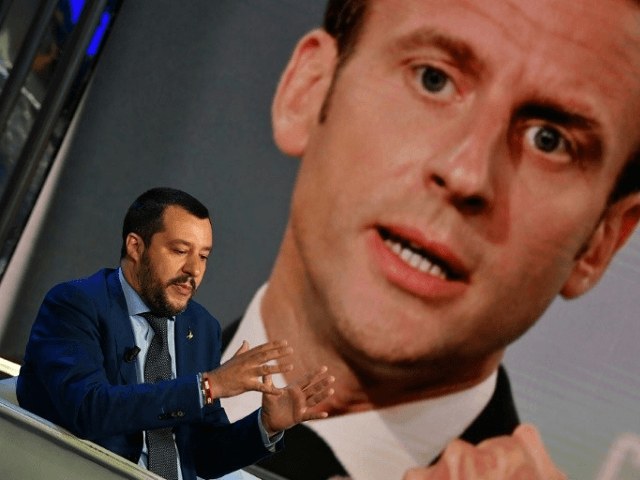 President Emmanuel Macron’s government has recalled its ambassador from Rome as tensions between France and the Italian populist coalition continue to grow.

The French removed the diplomat from Rome citing “unprecedented attacks by the Italian government” according to a statement from the French Foreign Ministry, Italian newspaper Il Giornale reports.

“The campaign for the European elections can not justify the lack of respect for every people or their democracy,” the ministry added, most likely in reference to a recent meeting between Five Star Movement (M5S) leader Luigi Di Maio and members of the Gilets Jaunes (Yellow Vests) movement who have been protesting against Macron for the past 12 weeks.

“All these acts create a serious situation that calls into question the intentions of the Italian government towards its relationship with France. France invites Italy to act to restore the relationship of friendship and mutual respect, in line with our history and our common destiny,” the ministry added.

Luigi Di Maio defended his meeting with the Yellow Vest members saying, “For me that meeting does not represent a provocation towards the current French government, but an important meeting with a political force with which we share many demands, starting from the need for direct democracy to give greater powers to citizens.”

Tensions between Italy and France have been simmering for months with populist Interior Minister Matteo Salvini slamming the French government after it was revealed that French police had picked up migrants in France and drove over the border to drop them off in Italy.

Salvini: We Do Not Take Lessons on ‘Law’ or ‘Humanity’ from Mr. Macron https://t.co/rQ87r4qnwI

Last year, Macron had declared he would fight the growing popularity of Salvini and other populists like Hungarian Prime Minister Viktor Orbán, claiming he was their “chief adversary.”

Adding to the tensions this week, Salvini once again slammed the French for their actions on the border as French police have been reported to have crossed into Italy to board trains heading for France in order to reject any illegal migrants from entering the country.

Salvini called the French police’s actions “the umpteenth episode of arrogance,” and added, “We add another chapter to the long list of complaints. Italy demands respect.”