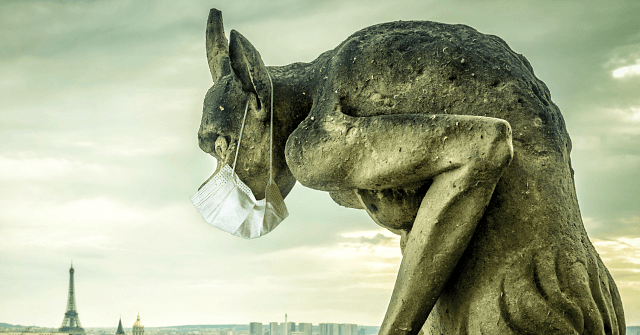 People’s confidence in scientists has dropped dramatically as a result of confusion and contradictions over the coronavirus pandemic, a French survey reveals.

Reporting on the survey conducted by the Center for Political Research (CEVIPOF) at Sciences Po, the UK-based Times Higher Education noted that more than a third of the French public now believe scientists are hiding information, largely because of contradictory messages regarding the use of face masks and confusion over the benefits of hydroxychloroquine to treat the coronavirus.

France appears to be the first country to produce evidence that the mood toward experts has “soured,” the article notes, a harbinger of further backlash from a frustrated public as lockdowns drag on.

In mid-March, 84 percent of the French public expressed confidence in scientists, whereas the latest data from late May shows this level of trust has dropped by ten points to 74 percent.

“There’s a significant decline in confidence,” said Sylvain Brouard, research director of the National Political Science Foundation at Sciences Po and a member of the team tracking public reaction to the pandemic in France.

Thirty-six percent of respondents now say that scientists are hiding information about the coronavirus from the public.

According to Dr. Brouard, two controversies in particular have contributed to the change in the national mood.

The first involves the benefit of using face masks to mitigate contagion. The government said initially that there was no scientific evidence favoring the use of masks, a position that was echoed by official scientific advisory groups. Later on, however, the government position changed 180 degrees and now it mandates the wearing of face masks on public transportation.

The second controversy revolves around the figure of Professor Didier Raoult, director of the Mediterranean Infection Foundation in Marseilles and author of a study on the benefits of hydroxychloroquine as an effective treatment for COVID-19.

While France’s top public health council decided in late May to halt the use of hydroxychloroquine on patients, Professor Raoult has continued to defend the efficacy of the treatment in the French media.

That confusion was further aggravated by The Lancet medical journal’s retraction of a major study on hydroxychloroquine after revelations that the study was based on faulty data.

As a result, a survey shows the French public currently has greater confidence in Professor Raoult than in France’s minister of health.

The public see “one prominent medical professor saying he has a good answer to the disease and the government doesn’t want to use it,” Dr. Brouard said.

While France seems to be leading the charge in undermining confidence in health experts, other countries are likely to follow.

On Monday, the World Health Organization (W.H.O.) made the stunning announcement that the coronavirus is not being spread by asymptomatic carriers.

“From the data we have, it still seems to be rare that an asymptomatic person actually transmits onward to a secondary individual,” said Dr. Maria Van Kerkhove, head of the W.H.O.’s emerging diseases and zoonosis unit. “It’s very rare.”

In point of fact, a W.H.O. fact sheet states that “to date, there has been no documented asymptomatic transmission.” Earlier reports that people had caught the virus from people with no symptoms were eventually debunked but the public continued believing that asymptomatic contagion was likely.

The widespread belief that people could be infecting others without knowing it was the primary justification used to convince people that they should be wearing face masks. Even if you have no fear for yourself — it was said — at least wear a mask and practice social distancing for the sake of other people you could be infecting.

News that this is not the case will surely lead to a further breakdown in confidence in health experts, whose advice has led to the largest containment of healthy populations in the history of the world.

If, as many now suspect, the coronavirus is shown to be dramatically less lethal than originally feared, people’s trust in experts will likely diminish accordingly.