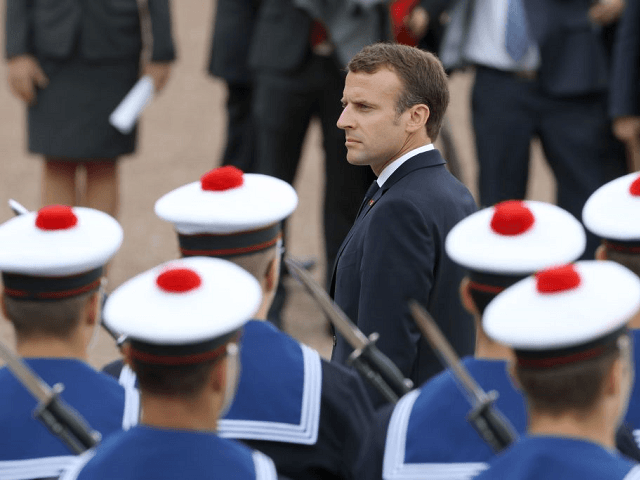 France’s Finance Minister Bruno Le Maire has called for Europe to become an “empire” to compete with the United States after the country’s President Emmanuel Macron called for an EU army to defend against the NATO ally.

“It’s about Europe having to become a kind of empire, as China is. And how the U.S. is,” Mr Le Maire told Germany’s Handelsblatt.

Adding that it would be a “peaceful empire,” the economics and finance minister touted the progressive government’s green credentials, saying that the European empire should “rel[y] on green growth. Neither China nor the U.S., who are leaving the Paris Agreement on Climate Change, are on this path.”

Quizzed by the journalist on his reference to “empire,” Mr Le Maire said: “Do not get me wrong, I’m talking about a peaceful empire that’s a constitutional state.

“I use the term to raise awareness that in the world of tomorrow, it will be about power. Power will make the difference: technological power, economic, financial, monetary, cultural power will be crucial.

“Europe should no longer shy away from displaying its power and being an empire of peace,” the minister remarked.

Mr Le Maire also said that France would continue to trade with Iran in defiance of fresh U.S. sanctions imposed last week, saying that the European Union should “tell the U.S. clearly: we are a sovereign continent.”

He added that the UK, France, and Germany were working on a special purpose vehicle (SPV) ‘clearing house’ that would allow European Union companies to bypass U.S. sanctions and “maintain legitimate and international trade” with the Islamic regime, with The Guardian noting last week that it could be hosted by either Germany or France.

“It is clear to everyone that today it takes courage to stand in the way of the government of Donald Trump.

“We want an instrument for the independence and sovereignty of Europe. After setting up the special purpose vehicle, we need staff and finally a banking licence. Subsequently, we may be able to transform the SPV into an intergovernmental European institution.”

“We want a way to exchange goods and services when financial flows between Iran and Europe are no longer possible. This is legal and under European rules. Payments remain in Europe,” Le Maire added.

The finance minister denied that the SPV would be in contravention of U.S. sanctions, claiming it would be “in accordance with European and international law.”

“We dispute the legitimacy of extraterritorial U.S. sanctions. You can not violate any sanctions that do not apply to us.”

The Finance Minister’s adversarial position comes after French President Emmanuel Macron said last week that the EU needs its own army to “protect” itself from “China, Russia and even the United States of America.”

Macron has joined the ranks of Eurocrats Guy Vehofstadt MEP and European Commission President Jean-Claude Juncker in calling for deeper EU integration which could eventually lead to a United States of Europe.