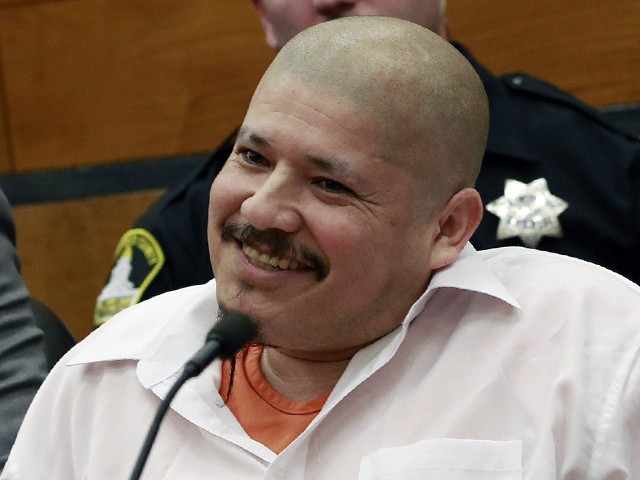 The Fox News Channel has pulled a Trump-approved campaign advertisement about the migrant caravan marching towards the U.S. border after CNN and other left-wing media figures labeled it “racist.”

“Upon further review, Fox News pulled the ad yesterday and it will not appear on either Fox News Channel or Fox Business Network,” ad sales executive Marianne Gambelli told Mediaite.

The advertisement aired on Sunday Night Football and on MSNBC’s Morning Joe on Monday, triggering a massive backlash from left-wing activists and journalists. CNN rejected the same ad, declaring it “racist.”

The Hollywood Reporter claims the ad “draws comparisons between Central American immigrants seeking refuge in the U.S. and one man convicted of the murder of two policemen.” Further, the outlet wrote of the ad:

The spot was swiftly denounced on Wednesday by pundits who compared it to the 1988 “Willie Horton” campaign ad that supported then-candidate George Bush. Attacking challenger Michael Dukakis’ prison furlough program in Massachusetts while he was governor, the ad cherry-picked an incident in which convicted felon Willie Horton raped a woman while on furlough, and has been widely denounced as racist in years since.

Donald Trump Jr. on Saturday criticized CNN for refusing to air the ad, tweeting: “CNN has made it abundantly clear in its editorial coverage that this ad is racist. When presented with an opportunity to be paid to take a version of this ad, we declined. Those are the facts.”

In an official statement, the Department of Homeland confirmed the basic premise of the ad — which is that there are dangerous individuals in the caravan. Nearly 300 migrants in the caravan are known convicts and gang members, including child sex abusers, Breitbart News’ Bob Price wrote over the weekend.

Read DHS’ full statement on the migrant caravan below:

We continue to be concerned about individuals along the caravan route. In fact, over 270 individuals along the caravan route have criminal histories, including known gang membership.  Those include a number of violent criminals – examples include aggravated assault with a deadly weapon, armed robbery, sexual assault on a child, and assault on a female. Mexican officials have also publicly stated that criminal groups have infiltrated the caravan. We also continue to see individuals from over 20 countries in this flow from countries such as Somalia, India, Haiti, Afghanistan, and Bangladesh. There is a large segment of this population that we know nothing about and we must be prepared to defend our border and enforce our laws to protect the citizens of our country.

Homeland Security, citing Mexican ambassador to the United States Geronimo Gutierrez has said some of the migrants marching toward the U.S. border with Mexico are “very violent.” “Unfortunately, some of the people in the caravan have been very violent against authority, even though they have offered the possibility of entering in compliance with immigration law and refugee status,” ambassador Gutierrez told National Public Radio last month.

Further, Mexico’s Interior Minister Navarrete Prida stated in a recent radio interview that criminal elements, including gang members, have infiltrated the caravan. “I have videos from Guatemala that show men dressed in identical clothing, sporting the same haircuts, handing out money to women to persuade them to move to the front of the caravan,” Prida told the interviewer. “We know, for a fact, that some members of the caravan threatened [Mexican] Migration Institute personnel and we have images showing many of them preparing Molotov cocktails.”