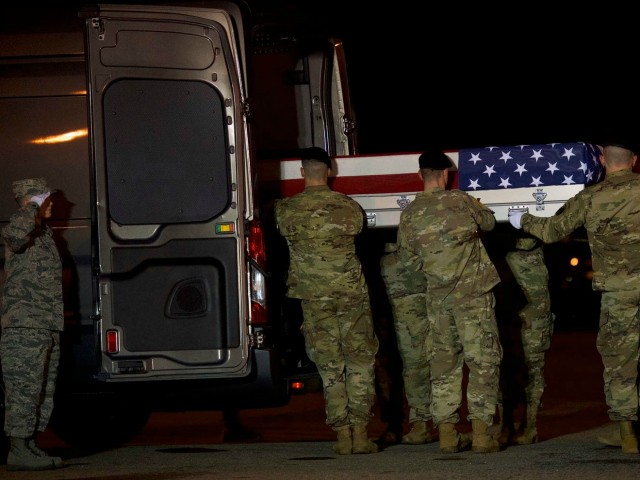 The U.S. military announced Tuesday that three U.S. service members were killed in Afghanistan and three more wounded when they hit a roadside bomb.

The attack occurred on November 27 near Ghazni city in central Afghanistan. One American contractor was also wounded. The wounded service members and contractor were evacuated and are receiving medical care, according to the military.

The U.S. military announced the death of Army Ranger Sgt. Leandro Jasso, 25, on Saturday. He died from small arms fire while on an operation to eliminate al-Qaeda militants in Khash Rod district in Nimroz province in southwest Afghanistan.

The military later said that Jasso was likely killed by friendly fire from partner Afghan forces after they engaged in a “close-quarter battle” during an assault on one of the multiple barricaded al-Qaeda shooters.

The deaths have occurred as the U.S. has stepped up its efforts to get the Taliban to the negotiating table with the Afghan government.

In October, President Trump appointed Ambassador Zalmay Khalilzad to spearhead those efforts, and reports indicate he met recently with representatives of the Taliban in Doha, Qatar.