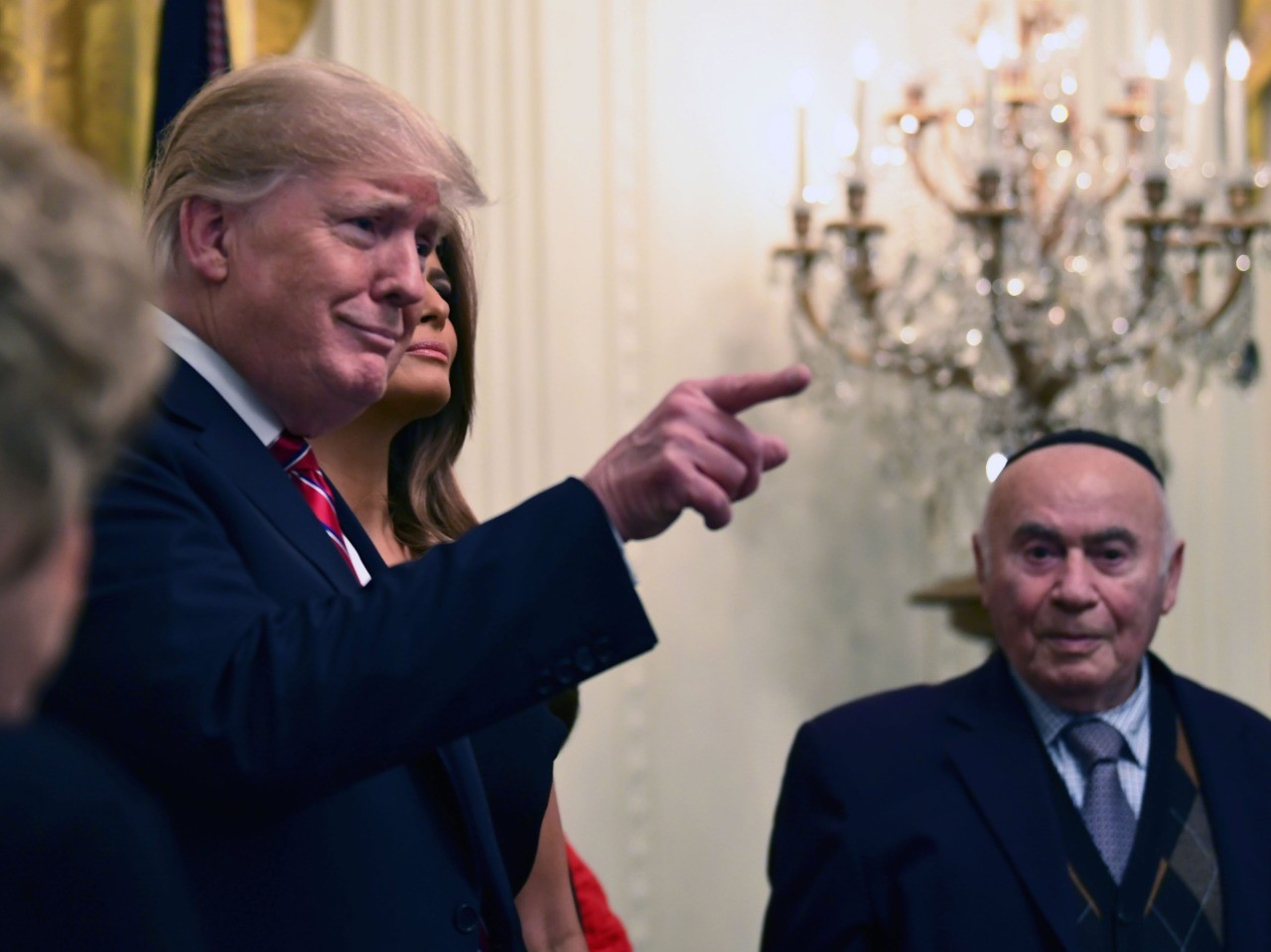 Guests at the White House Hanukkah Party broke into chants of “Four more years!” on Thursday afternoon as President Donald Trump recounted the accomplishments of his administration on issues of importance to the Jewish community, including Israel.

The president quipped that he intended to remain in office for six more years, not four, even though the 2020 election already seemed to be under way. “We’ll go for six, and then we’ll all be in very good shape,” he joked.

Trump specifically mentioned his relocation of the U.S. embassy in Israel from Tel Aviv to Jerusalem in May, keeping a promise that all of his predecessors dating to Bill Clinton had made, but which none had fulfilled. (Last year’s Hanukkah party took place shortly after Trump announced his decision, giving that event a particularly festive air.) He also noted that he had withdrawn the U.S. from the Iran nuclear deal earlier this year as well.

Thursday marks the fifth night of Hanukkah, which last for eight nights and eight days, through next Monday. The holiday celebrates the re-deducation of the Holy Temple in Jerusalem after the victory of the Maccabees over the Seleucid Greek empire, which had oppressed the Jewish faith and introduced pagan worship into the sanctuary. The victorious Maccabees only found enough olive oil to last one day, but instead it miraculously lasted for eight.

The guests included several Holocaust survivors; friends and acquaintances of the president; and prominent Jewish Republicans. At least one Democrat, outgoing New York Assemblyman Dov Hikind, was also at the celebration. Hikind has often criticized his own party for its increasingly anti-Israel positions and candidates.

The original date for the White House Hanukkah party was postponed due to memorial services for President George H.W. Bush.