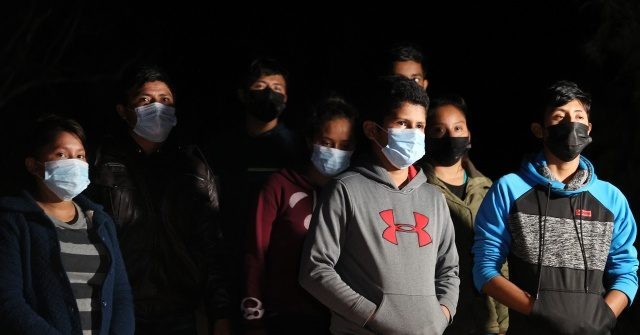 A foster father says he is not sure where his family will go after they were evicted from their home by a local Washington-based nonprofit to make room for Unaccompanied Alien Children (UACs) flooding across the United States-Mexico border.

Last week, KING 5 News reported that Edmundo Serena Sanchez and his wife — who have fostered more than 20 children for almost the last seven years — were sent a letter from the Friends of Youth nonprofit saying they had “chosen to pursue a different strategic vision.”

The letter, Sanchez told Fox News’ Rachel-Campos Duffy, meant his family would have to vacate their Renton, Washington property, run by the nonprofit, to make room for UACs who have recently arrived at the southern border.

“We don’t know where we are going to go next, honestly,” Sanchez said.

“I hate to say it, but my first response was that they were getting more money, probably, for these refugees than they were getting for foster kids,” Washington state Rep. Michelle Caldier (R-Port Orchard) told Rantz in an interview. “They were chasing the money, and it’s disgusting. It’s absolutely disgusting.”

Though the nonprofit denied evicting the Sanchez family over money, Sanchez said “they want to maximize their resources, which in terms that I understand is maximize their profits.”

The illegal immigration crisis currently underway at the U.S.-Mexico border is set to have a crippling impact on small communities and towns that will be forced to handle the influx.

Internal data from the Department of Homeland Security indicated the Biden administration is set to welcome two million border crossers into the U.S. this fiscal year — including 1.1 million single adults who are expected through September, nearly 830,000 family units, and more than 200,000 UACs.

As Breitbart News has extensively reported, the Biden administration has hugely revamped the “Catch and Release” program where border crossers are regularly apprehended and then released into the U.S. Border crossers, before being released, are rewarded one-year permits to live in the U.S., where they can then apply for work permits for U.S. jobs.