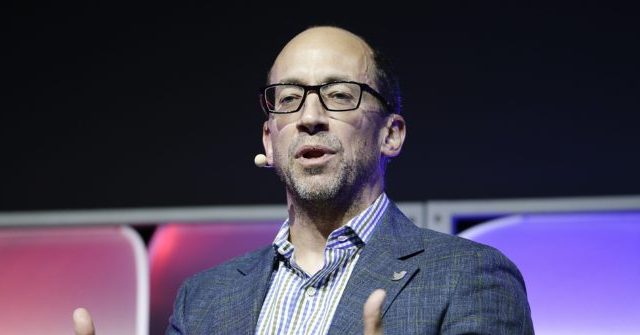 Former Twitter CEO Dick Costolo recently tweeted that “me-first capitalists” who disagree with injecting political activism into their workplaces will be “the first people lined up against the wall and shot in the revolution.” The company has not commented if the tweet by Costolo, who has an estimated net worth of $300 million, violates its policies against glorifying violence.

In a recent tweet, former Twitter CEO Dick Costolo discussed a decision by Brian Armstrong, the CEO of the cryptocurrency firm Coinbase, to not promote political activism and social justice within the company. Armstrong’s comments fly in the face of ultra-progressive tech firms such as Facebook and Google.

In a blog post to Medium.com, Armstrong stated that the company would not focus on things such as broader societal issues, stating: “We don’t engage here when issues are unrelated to our core mission, because we believe impact only comes with focus.” Discussing politics, Armstrong said: “We don’t advocate for any particular causes or candidates internally that are unrelated to our mission, because it is a distraction from our mission. Even if we all agree something is a problem, we may not all agree on the solution.”

When one Twitter user took issue with Costolo’s argument, Costolo replied that “me-first capitalists” will be the “first people lined up against the wall and shot in the revolution.” Costolo, whose personal fortune is estimated at $300 million, added that he would “happily provide video commentary.”

Me-first capitalists who think you can separate society from business are going to be the first people lined up against the wall and shot in the revolution. I’ll happily provide video commentary.

Breitbart News has reached out to Twitter for comment on Costolo’s tweet which has not been removed despite seemingly violating Twitter’s rules relating to the glorification of violence. Many noted that they have been suspended for less:

Weird. I was suspended from @twitter for opining that violent criminal looters should be [CENSORED], but former CEO of @twitter can gloat about anti-woke capitalists being “lined up against the wall and shot in the revolution.”

Ladies and gentlemen the former CEO of Twitter calling for the murder, yes the murder of his political opponents. But they will not do anything to him. Rules are for the peasants. https://t.co/lyx93FQKsR

– Former CEO of a massive, globally-influential corporation (Twitter)
– Worth hundreds of millions of dollars
– Wants to record people being lined up and shot “in the revolution”.

Twitter has censored President Donald Trump based on claims he “glorified violence.”  The company applied the same policy to Rep. Matt Gaetz (R-FL) over tweets about Antifa.

Breitbart News will update this story with more information from Twitter when available.