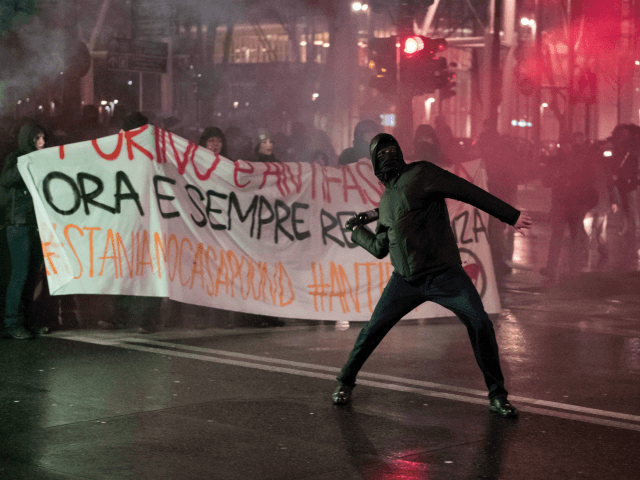 The former Olympic village in the northern Italian city of Turin has become a no-go zone according to reports that say the area has become filled with migrants and police “do not enter”.

The three buildings within the village were built to house athletes during the 2006 winter Olympics, but are now increasingly used by newly arrived migrants along with far-left activists in their so-called “social centres,” Il Giornale reports.

Around 95 per cent of the residents are men aged 25 to 35, and come from mainly Nigeria, Gambia, and Mali. A large number of them are reported to be illegal migrants.

Far-left activists have occupied the area for several years and cooperate with the illegal migrants to “resist” any attempts to evacuate the squatters.

“For some people, it is a ghetto, for others a security problem, for us simply a home. From here we do not leave, rather we dance,” one activist living in the area wrote on Facebook.

The post was rebuked by a hotel owner nearby who said, “But what is there to celebrate? Tell me what to celebrate,” and added he had seen a “30 per cent decline in customers. I’ve read reviews on the sites. They write that it is like the Bronx here.”

The area, also known as “Moi” locally, is also a “den” of illegal activity according to local left-wing Democratic Party politician Davide Ricca.

Turin is not the only Italian city with migrant squatter areas. In Rome, the area of San Lorenzo made headlines following the alleged murder of a 16-year-old girl named Desirée Mariottini by several migrant men who allegedly drugged her and raped her before she died of an overdose.

The concept of no-go areas are a relatively new phenomenon in Italy but in Sweden, vulnerable neighbourhoods, have existed for years despite media claims to the contrary.