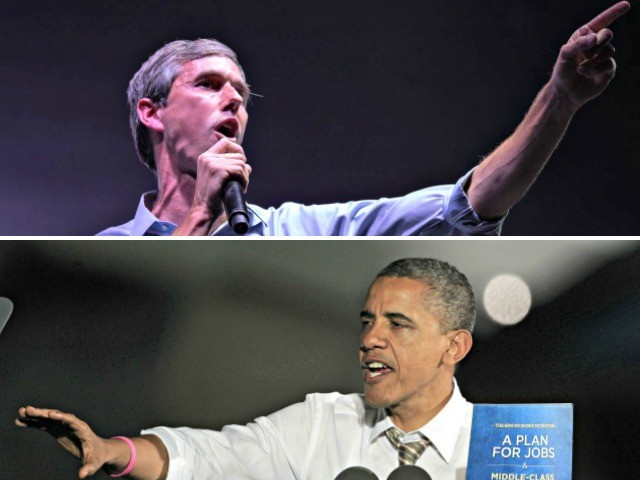 A former aide to President Barack Obama is singing the praises of Rep. Beto O’Rourke (D-TX), who lost his Senate bid to incumbent Republican Ted Cruz.

Dan Pfeiffer, who was Obama’s communications director, wrote an essay on the Crooked website on Monday saying that O’Rourke has something that even the $70 million raised for his campaign can’t buy.

“Any smart campaign with competent staff can build a top-flight organization, but enthusiasm is not something that can be engineered in a lab,” Pfeiffer wrote. “It is spontaneous, and only a few candidates are able to inspire it.”

“I have never seen a Senate candidate—including Obama in 2004—inspire the sort of enthusiasm that Beto did in his race,” Pfeiffer wrote.

While also giving a nod to other “talented” Democrats who have insinuated they may throw their hats in the presidential ring in 2020, Pfeiffer said those who say O’Rourke may not be ready or right for a presidential race said the same thing about his old boss.

“The whole conversation around Beto has been eerily familiar to me because these are the exact arguments people made to me when I told them I was considering working for Barack Obama ten years ago,” Pfeiffer said.

“Washington was wrong about Obama, and there are many reasons to believe it’s wrong about Beto,” Pfeiffer said. “Not only should Beto run, there is a strong case to make that if he were to do so, he would be one of the strongest candidates in the field.”

It’s about the people all over the country with no connection to Texas with signs in their yards and stickers on their cars. It’s about the hundreds of thousands of people across the country who gave small-dollar donations because they were inspired by his candidacy and moved by his pledge not to take PAC money. It’s about the crowds of thousands in small towns that would turn out to hear him speak on rainy weeknights. It’s about the passionate army of volunteers who knocked doors, made calls, and sent text messages. He built a national grassroots movement for change, and many of those people are waiting to be called in to duty and head to Iowa and New Hampshire. The enthusiasm is real and matters.

Pfeiffer predicted that if Beto went to Iowa, he would draw the largest crowd since Obama stumped in the first primary state.

“Up until the moment the electoral college is abolished, the only way a Democrat can piece together the 270 votes necessary to win the White House is do both,” Pfeiffer said of the need to appeal to both the left and the moderates in the party.

Still, Pfeiffer fell short of endorsing O’Rourke and said he wasn’t even sure if he would vote for him at this point.

But others may already be all in for Beto.

“Millions of people already believe in Beto O’Rourke, and that moment, for them and him, may be upon us,” Pfeiffer wrote.