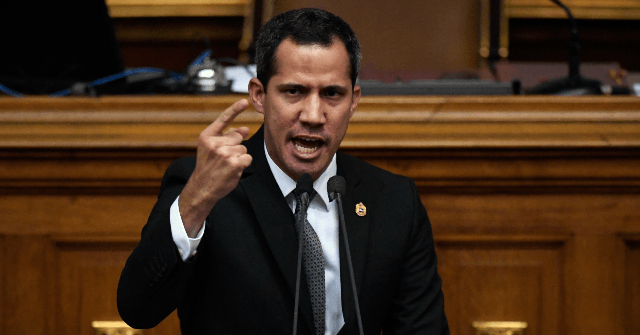 Venezuelan dictator Nicolás Maduro wanted to arrest the cancer-stricken mother of President Juan Guaidó in a bid to intimidate him out of assuming his legal authority as head of state, the former head of Maduro’s secret police told the Associated Press on Thursday.

In an extensive interview with the news agency, Gen. Manuel Cristopher Figuera, a 55-year-old Cuban- and Belarusian-trained intelligence officer who regularly worked alongside the most senior regime officials, provided details of Maduro’s personal involvement in human rights abuses, including arbitrary arrests and the framing of his political opponents.

Figuera ran Maduro’s political police, the Bolivarian Intelligence Service (SEBIN), before he defected on April 30. He was the only senior member of the Maduro regime to do so, although Guaidó announced in a dramatic broadcast that morning that he had convinced senior members of the military and the regime to accept him as their commander in cheif.

“I’m like a soldier who raises the flag upside-down to signal distress,” he told the agency. “My mission is to seek help to free my country from disgrace.”

One of Figuera’s most shocking revelations was that, in an attempt to break Guaidó’s resolve, Maduro asked him to arrest his mother, who is currently undergoing treatment for cancer.

When Figuera told him that she was currently undergoing cancer treatment, Maduro shifted his attention to Roberto Marrero, Guaidó’s chief of staff, and demanded that he be arrested, Figuera claimed. When Figuera explained that they did not have any legal grounds on which to arrest him, Maduro told him to find a way.

“What do I do to put him in jail?” Figuera recalled asking Maduro. “He told me: ‘That’s not my problem. Take him prisoner, arm him with weapons. See what you do.’”

Intelligence agents arrested Marrero soon after and he has remained in prison since on charges of running a supposed “terrorist cell” planning political assassinations.

“This was done,” he explained. “It became a multidisciplinary team, [that] planted weapons, facilitated that procedure and then I from the direction of the SEBIN [made] the apprehension.”

Shortly after Marrero’s arrest, Figuera decided to turn his back on the socialist regime, recognizing that it more closely resembles an ideologically driven criminal gang aimed at turning Venezuela into the model of communist Cuba, according to his testimony. He has recently met with U.S. officials, including the Trump administration Special Envoy to Venezuela Elliott Abrams.

Figuera’s revelations came a day before the United Nations High Commissioner for Human Rights Michelle Bachelet published a report charging the Maduro regime with “grave human rights violations.” Bachelet, who as the former socialist president of Chile is widely seen as sympathetic to Maduro, said in her report that the regime was responsible for “gross” violations including a “shockingly high” number of extrajudicial killings and “arbitrary detentions, ill-treatment, and torture.”