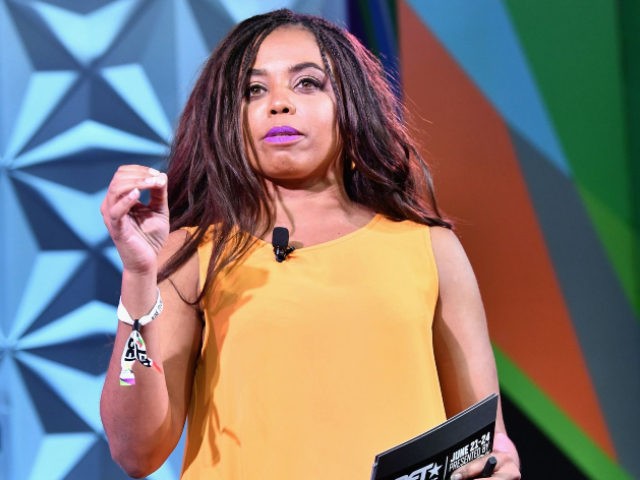 Former ESPN host and outspoken liberal commentator Jemele Hill, is set to join the Atlantic as a staff writer.

That announcement came in the form of an early Monday morning tweet from the Atlantic’s Editor-in-Chief Jeffrey Goldberg:

I’m very pleased to announce that the great @jemelehill is joining @TheAtlantic as a staff writer. She’ll be covering the intersection of sports, race, politics, gender, and culture for us. Welcome, Jemele.

Hill’s tumultuous 12-year tenure at ESPN ended earlier this month, when the controversial host agreed to a contract buyout reported to be worth up to $6 million dollars. The breakup did not come as a shock, however. Hill caused a a major uproar last September when she called President Trump a white supremacist on Twitter:

ESPN, however, declined to discipline Hill for the comment. Less than a month later the host found herself in hot water again, when she began tweeting advice to Cowboys fans on how to effectively boycott the team. This time, Hill received a two-week suspension for her second violation of ESPN’s social media policy.

Throughout this time, the former SC6 host remained defiant, insisting that she had no regrets over calling President Trump a “white supremacist.”

That defiance earned Hill the respect of the liberal media, however, according to FS1’s Jason Whitlock, those political forays also cost Hill a lot of her internal support at ESPN. With Hill’s track record and Goldberg’s tweet specifically noting Hill’s role in covering “sports, race, politics, and culture,” the former ESPN analyst will have more freedom to wade into political waters.

Hill spoke with Andrew Miller about her move to the Atlantic:

So much has happened in the last year that I felt like this is as an appropriate time as ever to spread my wings in different ways that I hadn’t really thought of before, or that I knew were possible. I guess I was going through major FOMO—fear of missing out. There’s a wider playground that I can dabble in, and places where the discomfort is okay. I wasn’t going to be able to be happy with myself if I didn’t adhere to this calling that’s beckoning me right now.

That calling presumably entails many more tweets, and many more articles, none of them likely to be viewed as favorable by the White House.