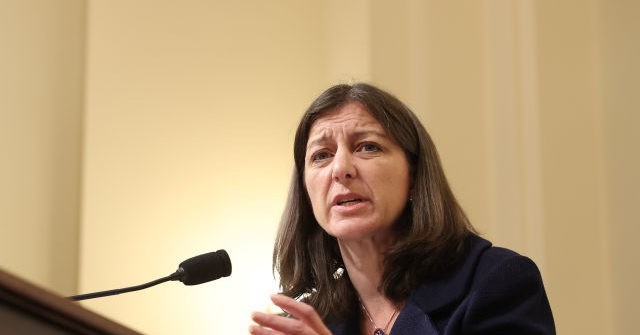 Punchbowl News reported that a former senior adviser to Luria told the publication that they were “shocked” by the congresswoman’s “tone-deaf” comments when she said that the “whole concept” of banning members from trading stocks is “bullshit.”

The former adviser said, “Luria knows a lot about the Navy.” But, her political judgment is “Not particularly sound, as she made clear with these tone-deaf, goofy comments” about members being allowed to trade stocks.

“Now this unforced error pours gasoline on an inferno. You can already hear the Virginia GOP laughing their way to a pickup seat,” the former advisor continued, noting that Luria’s military-heavy district is upset with inflation. In fact, on Thursday, it was reported that U.S. consumer prices rose by the most in nearly 40 years.

“If the ads weren’t already made, she gave them some killer material. Someone in her office needs to show her some stories about Richard Burr, Kelly Loeffler and David Perdue, but it’s probably too late,” the former adviser added.

Thursday morning, Punchbowl News reported that Luria said, “I think this whole concept is bullshit,” while noting that restricting Congress from trading stocks “makes no sense” and that members already have to follow the STOCK Act, which requires members to report stock trades over a certain amount.

Despite her comments, Breitbart News’s Wendell Husebø wrote that while the congresswoman sits on the Homeland Security and Foreign affairs Committees, her husband has traded hundreds of thousands of dollars worth of Tesla and Alibaba stock. Husebø added that her husband also owns stocks of QuantumScape and Tesla, in addition to trading millions of dollars worth of Facebook, Netflix, and NVIDIA.

“Like so many on the left, Elaine Luria has one set of rules for politicians like herself and another for everyone else,” Perkins said. “Luria refuses to ban insider trading for Members of Congress, so that she can continue lining her pockets.”