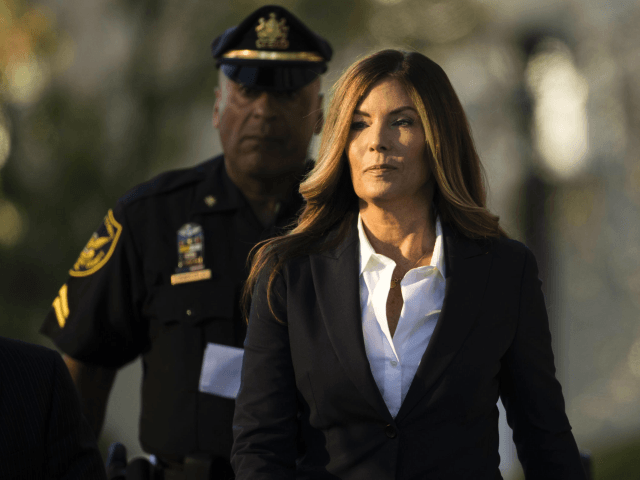 Pennsylvania’s Former Democrat Attorney General Kathleen Kane was ordered to report to prison for an up to two-year prison term in a corruption case this week.

Kane, who has been free on a $75,000 bail as she appealed her 10 to 23-month sentence, was ordered to prison after the state Supreme Court refused to take her case, Fox News reported.

Judge Wendy Demchick-Alloy revoked Kane’s bail saying that the time she could remain free on appeal has expired and ordered the former Democrat official to remand herself to jail.

Prosecutors asked for the prison sentence to begin on Tuesday saying that the Supreme Court’s refusal ended Kane’s possibilities of winning a reversal of her conviction.

“Two different appellate courts have reviewed her case, yet her judgment of sentence remains,” District Attorney Kevin Steele said of Kane’s appeals. “She received a fair trial, her guilt was proven beyond a reasonable doubt, and now it is time for her to serve her sentence.”

A former Hillary Clinton staffer, Kane was the first woman and first Democrat elected as Pennsylvania’s AG but resigned from office immediately after her corruption conviction in 2016.

Kane was arrested in 2016 for disclosing to the press confidential information about a state investigation. Critics claimed she illegally released the info purely for political reasons.

In August of 2016, a Montgomery County jury convicted Kane on nine counts, including perjury, official oppression, and obstruction of justice.