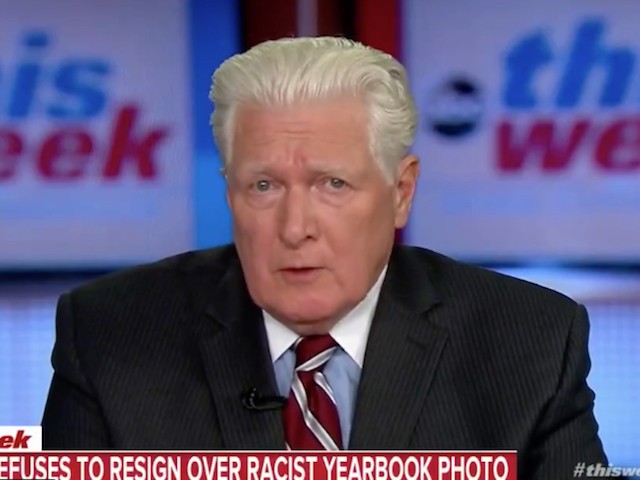 Sunday on ABC’s “This Week,” former Rep. Jim Moran (D-VA) said Gov. Ralph Northam (D-VA) should not resign over the controversy surrounding a medical school yearbook photo of people in blackface and a Klan robe.

Moran said, “I hate to be on the other side of virtually all of my friends on this, but I do disagree with their judgment because I think it is a rush to judgment before we know all of the facts and before we have considered all of the consequences. Facts that we do know are that Ralph has expanded Medicaid to hundreds of thousands of uninsured Virginians, a disproportionate number of whom are African-Americans. He has promoted the career of his very talented lieutenant governor in every possible way. He has invested in better preschools and public schools and minority neighborhoods. So we know what he has done as governor, but even if the worst case scenario is true, George, I think there is an issue of redemption. Redemption is a very powerful factor in what people are able to accomplish. you know, Ralph understands the endemic racism that it has been part of Virginia’s society for so long.”

He continued, “I think he’s still learning and I really don’t think that we should be judging the basis of the mistakes people have committed in the past as much as whether they have learned from that past, to bring us forward, and I think Ralph may be just the kind of person who can build those bridges to a better future.”