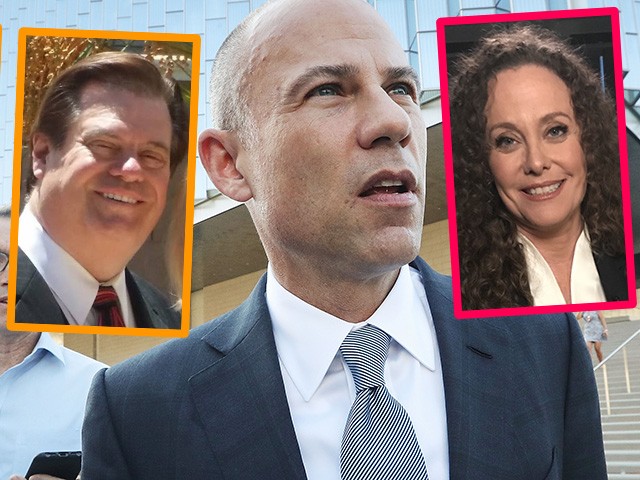 Senate Republicans released an explosive letter about Julie Swetnick from a man named Dennis Ketterer Tuesday, who claimed that he had a brief relationship with Swetnick and that he does not believe her allegations about Brett Kavanaugh.

Ketterer’s letter claims he met Julie Swetnick in 1993 during a difficult period in his marriage. Swetnick, who is represented by Resistance TV lawyer Michael Avenatti, recently made headlines after accusing Brett Kavanaugh of being present at high school parties where there were gang rapes. Kavanaugh has denied the allegations, saying, “I don’t know who this is and this never happened.”

Dennis Ketterer claims that during his relationship with Swetnick, he had a conversation with her about how she liked group sex.

A Utah man named Dennis Ketterer reached out to the Hatch office this week with information about accuser Julie Swetnick, and her allegations against Judge Kavanaugh.

His full statement made under pentaly of felony to @senjudiciary can be found here –> https://t.co/0dSwAHlnVe pic.twitter.com/YSbuONkA5W

During a conversation about our sexual preferences, things got derailed when Julie told me that she liked to have sex with more than one guy at a time. In fact sometimes with several at one time. She wanted to know if that would be ok in our relationship.

I asked her if this was just a fantasy of hers. She responded that she first tried sex with multiple guys while in high school and still liked it from time-to-time. She brought it up because she wanted to know if I would be interested in that.

A.I.D.S. was a huge issue at the time. And I had children. Due to her having a directly stated penchant for group sex, I decided not to see her anymore. It put my head back on straight. That was the last conversation we had.

Julie never said anything about being sexually assaulted, raped, gang-raped or having sex against her will. She never mentioned Brett Kavanaugh in any capacity. [emphases added]

Ketterer then claims in his letter that Julie Swetnick’s own father told him years later that she “had psychological and other problems.”

He also reveals that he was a victim of sexual abuse himself, writing, “I know what it’s like to be sexually assaulted and not be believed. I was nine years old when it happened at the hands of my grandfather’s best friend.”

Finally, he ends the letter by simply stating, “based on my direct experience with Julie, I do not believe her allegations against Mr. Kavanaugh.”

His letter has already prompted a response from Resistance TV lawyer Michael Avenatti.

“The letter from Dennis Ketterer is garbage – the GOP is desperate,” he tweeted. “The allegations he makes are false and without any basis. We demand that the FBI interview my client & him, and that anyone found to have submitted false info be prosecuted to the fullest extent of the law.”

The letter from Dennis Ketterer is garbage – the GOP is desperate. The allegations he makes are false and without any basis. We demand that the FBI interview my client & him, and that anyone found to have submitted false info be prosecuted to the fullest extent of the law.

Ketterer ran for Congress in 1996 as a Democrat but did not win the primary for Maryland’s 8th district. He has worked as a meteorologist for television stations across the country.