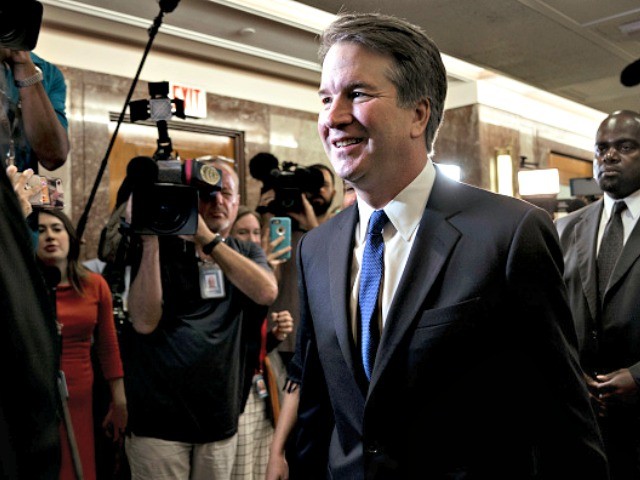 Two women who dated Brett Kavanaugh during his high school and college years issued a joint statement in support of the judge, describing him as a “perfect gentleman” in the wake of a sexual misconduct allegation leveled by a California psychology professor.

Maura Kane, who dated Kavanaugh in high school, says he always conducted himself in a deferential manner and they still remain friends after 35-years. “In every situation where we were together he always respectful, kind and thoughtful. The accusations leveled against him in no way represent the decent young man I knew,” Kane said in a statement on Monday. “We remain good friends and I admire him as a husband, father and professional.”

Maura Fitzgerald, who dated Kavanaugh in college, attests the judge was “always a perfect gentleman,” adding that she vouches for his character “completely.”

“Brett Kavanaugh and I have been good friends since high school. I dated him in college and he was and is nothing like the person who has been described, said Fitzgerald. “He always conducted himself honorably with me at all times when we were together.”

In an interview with the Washington Post released Sunday evening, professor Christine Blasey Ford came forward with her allegations against Kavanaugh. According to Ford, Kavanaugh pinned her down on a bed and proceeded to grope her during a Maryland house party 36-years ago. Ford says she managed to escape after Kavanaugh’s friend, Mike Judge, leaped on top of the two.

Judge denied the allegation in a statement to the Weekly Standard, describing it as “absolutely nuts.”

On Monday, Kavanaugh once against issued a statement denying Ford’s allegation: “This is a completely false allegation. I have never done anything like what the accuser describes—to her or to anyone. Because this never happened, I had no idea who was making this accusation until she identified herself yesterday. ”

Reacting to the controversy, President Donald Trump defended Kavanaugh before reporters at the White House, calling him “one of the finest people that I’ve ever known.”