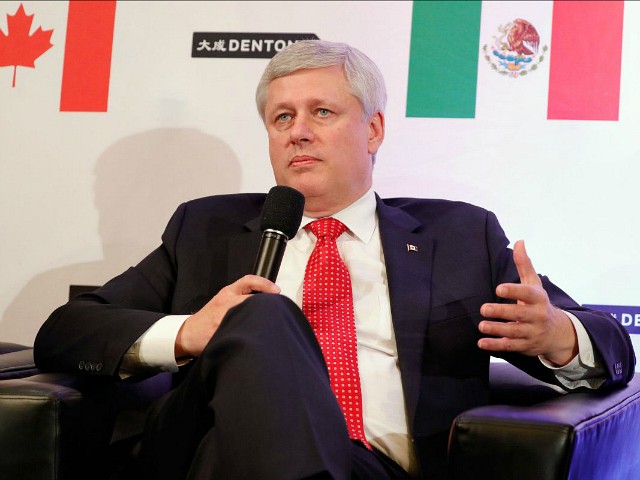 BARTIROMO: Let’s talk about this new deal between Canada, Mexico, and the United States. Your thoughts on USMCA?

HARPER: I was of somewhat of a different view. I thought the president’s priority from the outset should be Chinese trade. I thought NAFTA’s pretty good overall.

Although I’m not going to dispute, I think the president got a pretty good deal for the United States. But what I think is interesting in this from a Canadian perspective is that it provides a number of incentives for Canada and Mexico to work with the United States on the Chinese trade imbalance. That to me should have been the real objective all along.

We all have massive and growing trade imbalances with China. I think this is a serious problem for our workers. It’s not due merely to normal economic factors. It’s due to the fact that Chinese market is largely closed, and I would like to see our government take advantage of these incentives in this deal to work with the United States to open up that part.

BARTIROMO: In terms of this new trade deal, I guess it does benefit American workers because more of autos are going to be originated in the United States, what’s most important from this trade deal from your standpoint?

HARPER: I think from the standpoint of the United States, the gains from the auto sectors. There are both content requirements and wage provisions, a number of other things that really should over time tilt new production back to the United States.

I’ve always felt this was the only real grievance that I thought was legitimate of Mexico. Canada and the United States, we built up the auto sector during the global financial crisis and the next thing we do is see them moving product to Mexico. I think that was a legitimate thing for the president to be concerned about, and I think this helps tilt that back.