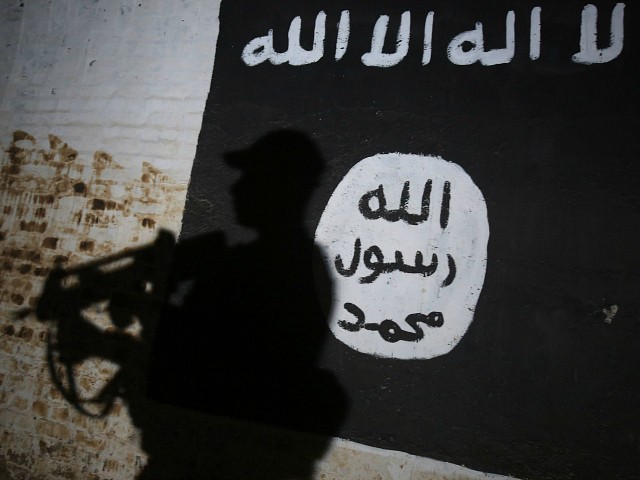 Douglas Ollivant, former Iraq director at the National Security Council under President’s George W. Bush and Barack Obama, said on Friday that the Islamic State (ISIS) is defeated and President Donald Trump has a “solid strategy” and is on the “right path” to confront the remaining terror threat.

After playing a soundbite from the president saying that even if the U.S. withdraws troops from Syria, they will remain in Iraq, National Public Radio (NPR)’s David Greene pressed Ollivant about Trump’s claim that ISIS has been defeated.

“Well, they’ve been defeated,” Ollivant said. “We use some different terms here in military speak. Defeated means you can’t do what you were trying to do before.”

“So ISIS is defeated in the sense that there is no – physical caliphate is the word that Brett McGurk uses,” Ollivant said. “I think we all know what that meant.”

McGurk was the special presidential envoy for the global coalition to counter ISIS, appointed during the Obama administration.

Ollivant said ISIS no longer controls any territory in the Middle East.

“That has now shrunk down to pretty much nothingness. So in that sense, yes, they’re defeated,” Ollivant said, adding that ISIS is still a threat operating around the world, including Europe and the United States, independent of the caliphate.

“That center level, that core, the physical caliphate is gone,” Ollivant said. “And so I think to say that they are defeated in that sense is true.”

The Pentagon has insisted for months that a U.S.-backed coalition primarily consisting of Syrian Kurdish People’s Protection Unit (YPG/YPJ) fighters have taken over 98 percent of the former Islamic State “caliphate.”

Contrary to Ollivant’s claim, however, ISIS jihadi veterans have begun consolidating in other parts of the Middle East and North Africa, most prominently in Libya. Experts have predicted there is a significant risk of ISIS re-establishing a caliphate amid the political chaos in Libya. This week, ISIS claimed an attack on the Libyan Foreign Ministry in Tripoli.

“So what do you make of the president’s strategy here?” Greene asked. “If they’ve been physically defeated, is it a good move to move these 2,000 troops out of Syria? Does that still give the United States the capability to go after sort of the new ISIS in 2019?”

“Well, I think so,” Ollivant said. “The troops in Syria were starting to transition to other missions. We were starting to worry more about protecting the Syrian Kurds from the Turks and countering Iranian influence inside Syria, which may or may not be important missions – we can debate them – but is not fighting ISIS.”

“We have commandos all over the place in bases all over who can project power throughout the regions,” Ollivant said. “It’s not as if we’re now helpless and emasculated because 2,200 troops are leaving Syria.”

“So are you optimistic, looking at what the Trump administration has done so far in the fight against ISIS, that they are doing all they can to protect us, protect the United States from potential attacks and potential threats from this group?” Greene asked.

Ollivant said the president’s plan represents “a kind of continuity of government” between the Obama and Trump administrations.

“But yes, I think we have a pretty solid strategy for dealing with ISIS. ISIS, at least now in Iraq and Syria, is no longer really a military problem,” Ollivant said. “It’s an intelligence service problem. It’s a police problem. It’s a special forces problem, but it’s no longer a problem that lends itself to artillery or even airstrikes for the most part.”

“I have some issues with the way it came about, but … in terms of the policy itself, yes. I think this is probably the right path,” Ollivant said.

In a statement sent to Breitbart News via email, Dana White, the chief spokesperson at the Pentagon, declared:

The coalition has liberated the ISIS-held territory, but the campaign against ISIS is not over. We have started the process of returning U.S. troops home from Syria as we transition to the next phase of the campaign. For force protection and operational security reasons, we will not provide further details. We will continue working with our partners and allies to defeat ISIS wherever it operates.

Trump also told an NPR reporter last week that he has no plans at this time to withdraw troops from Iraq.