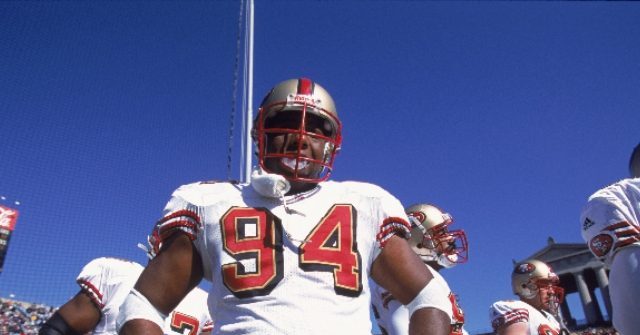 On Thursday, the Santa Clara County District Attorney announced that former 49er defensive star Dana Stubblefield, had been sentenced to 15 years to life for rape.

In July, Stubblefield was found guilty of the 2015 rape of a disabled woman who had been interviewing for a job.

The court found Stubblefield guilty of rape by force, menace or fear, and of using a firearm in commission of the crime. Stubblefield was immediately taken into custody.

Lawyers for the former 49er called the allegations against their client, “absolutely ridiculous.”

In his 11-year NFL career, Stubblefield was voted to three Pro Bowls and was once named an All-Pro