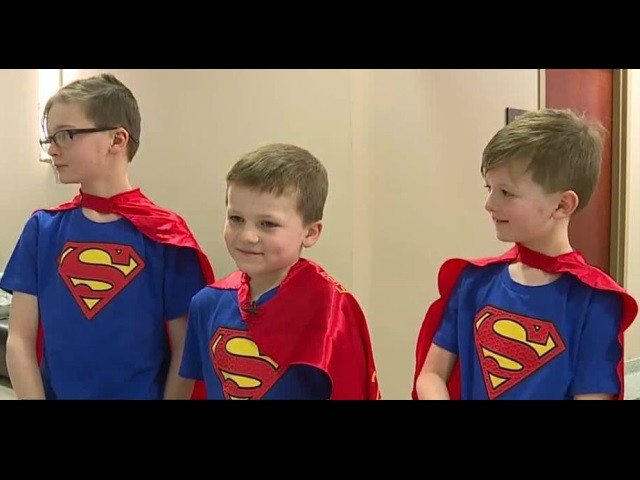 Three brothers have found their forever home on Monday after a family adopted them out of foster care so they could stay together.

The brothers— Wesley, Brody, and Bryson— had been in Kentucky’s foster care system for four years, but were at risk of being split up when they needed an emergency foster home placement and could not return to their previous foster home, WCPO reported.

But one couple, Hollie and Bryan Schroers, stepped in to save the day to ensure the boys would not only stay together but stay together for the rest of their lives.

“It’s just a big day — almost like a wedding — taking on some new people, making a whole new family,” Hollie Schroers said. “We already had four, three more and maybe another here soon.”

The Schroers said they were happy take in the boys after all they had been through.

“They’ve had a lot happen to them,” Hollie Schroers said. “So they finally get that, ‘We’re permanently here and nobody can take us away anymore.’”

A video from the adoption hearing showed the boys wearing superhero capes in honor of the family who stepped in to save the day.

After the court finalized the adoption, the Schroers treated their new family members to Flipdaddy’s and took them to Build-A-Bear to “adopt” their own bears.

Other families, such as the Hawthorn family in Arkansas, adopted sets of siblings in time for the holiday season.

The Hawthorn family’s story went viral Monday after they won their court battle this month to adopt seven siblings out of the Arkansas foster care system to ensure they would not be split up.