The number of legal immigrants allowed to permanently resettle in the United States in the last seven years is more than three times the population of Chicago, Illinois, new research reveals.

The Migration Policy Institute finds that about 8.5 million foreign nationals received green cards to permanently stay in the U.S. between 2010 and 2017. This is more than triple the population of Chicago, twice the population of Los Angeles, and about the same size of New York City.

More than 65 percent of those legal immigrants granted green cards, close to six million, arrived in the country through the process known as chain migration, whereby newly naturalized citizens can bring an unlimited number of foreign relatives to the U.S.

The study found that in the last seven years, the country’s record-high foreign-born population has been increased by at least 4.6 million new legal immigrants who have been admitted to the country. This is an increase of about 11 percent in less than a decade.

Mass immigration from China and India were the primary drivers of the continuing influx in legal immigration to the U.S., researchers said. Between 2010 and 2017, about 830,000 Indian nationals were resettled permanently in the U.S. while nearly 645,000 Chinese nationals and immigrants from Hong Kong were resettled.

Resettlement of Venezuelan nationals jumped more than 90 percent in the last seven years, with about 197,000 having been admitted to the U.S. 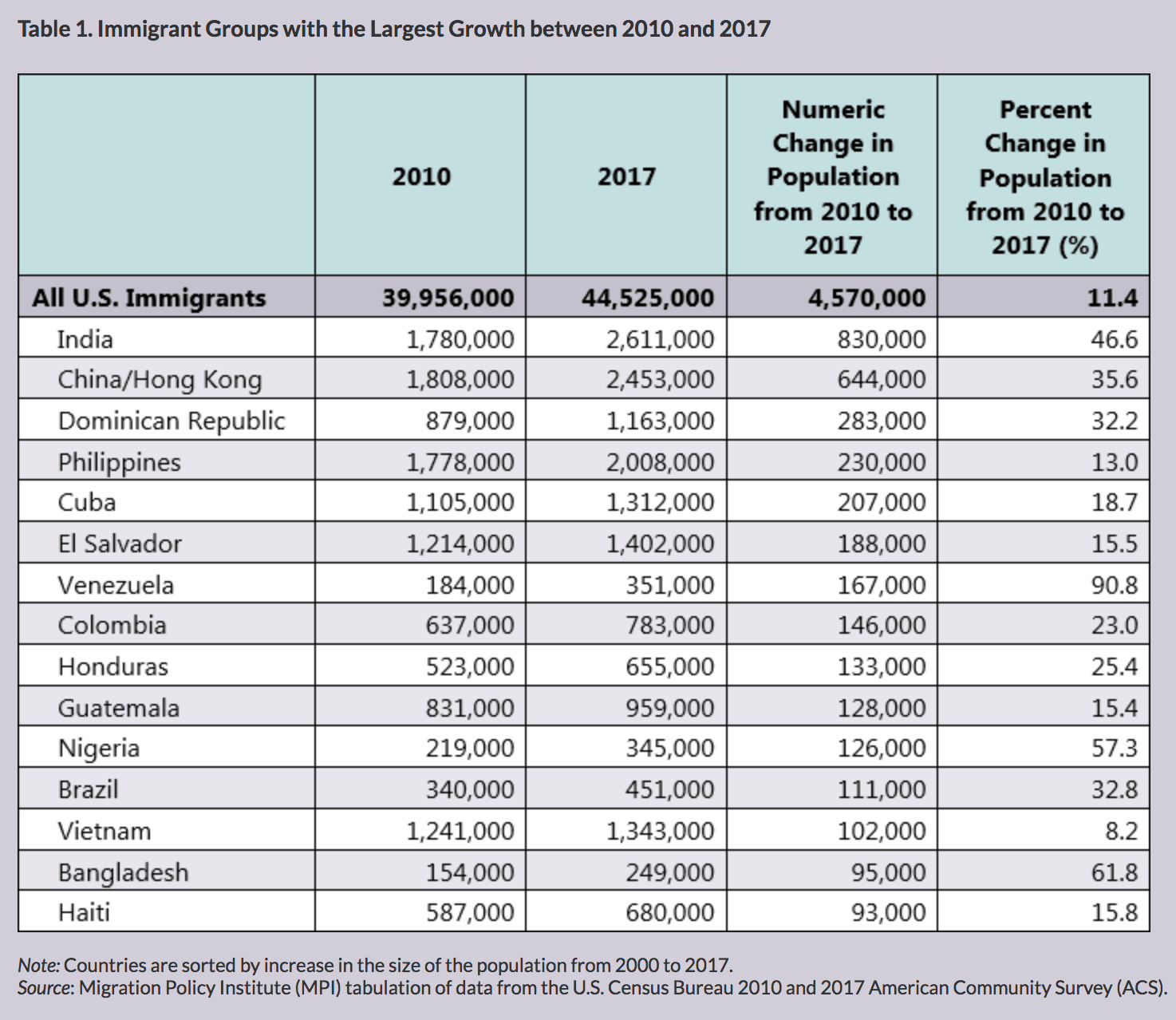 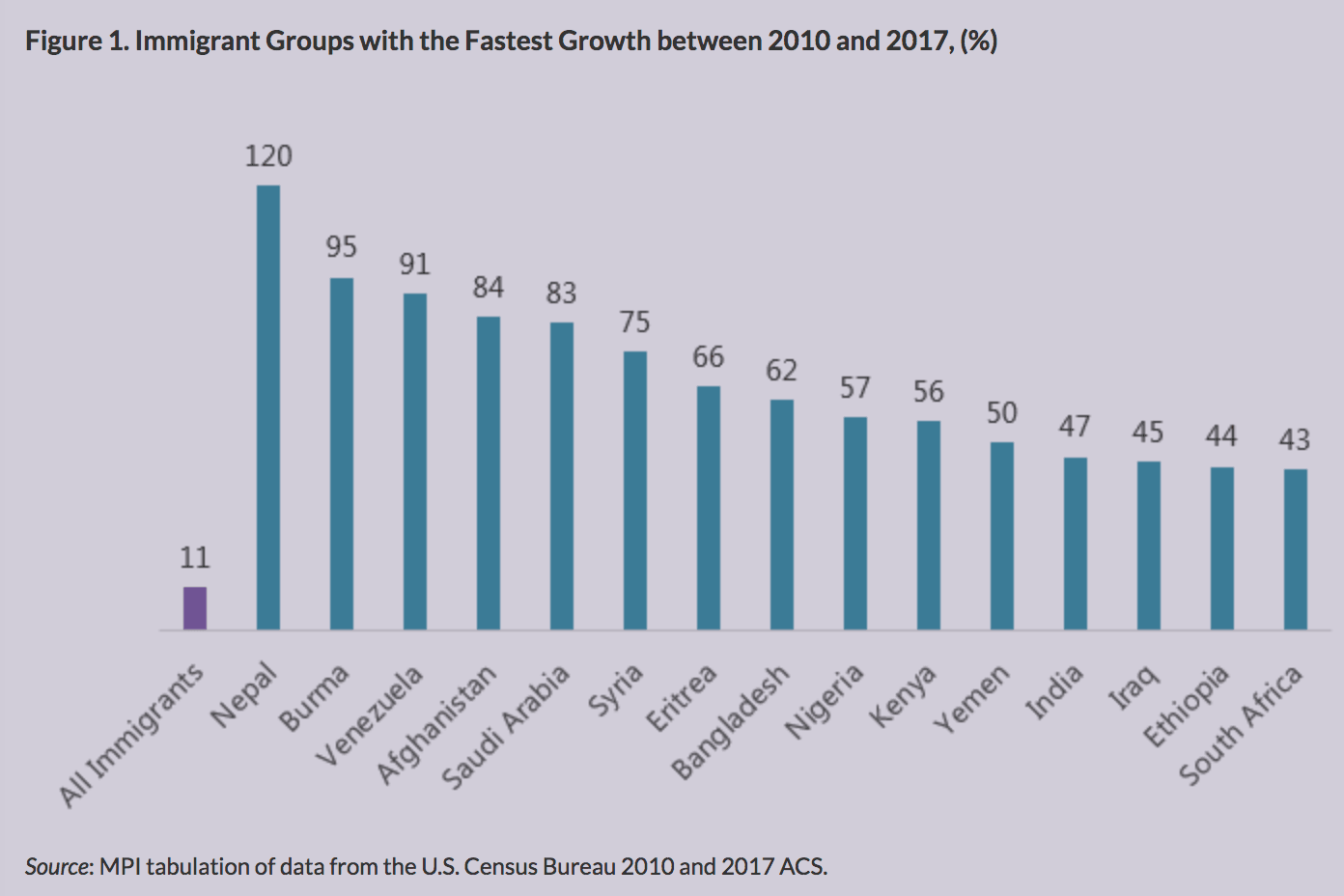 Likewise, foreign countries with some of the worst corruption, terrorism, and crime problems have increased their growth in legal immigration to the U.S. For example, legal immigration from Afghanistan and Saudi Arabia has increased nearly 85 percent between 2010 and 2017.

Every year the U.S. admits more than 1.5 million foreign nationals, with the vast majority deriving from family-based chain migration, whereby newly naturalized citizens can bring an unlimited number of foreign relatives to the U.S. In 2017, the legal and illegal immigrant population reached a record high of 44.5 million. By 2023, the Center for Immigration Studies estimates that the legal and illegal immigrant population of the U.S. will make up nearly 15 percent of the entire U.S. population.