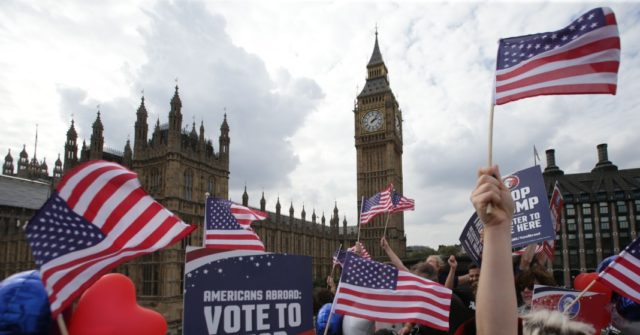 A group with direct links to the government of the United Kingdom and to senior members of the UK Labour Party has taken credit for having websites ZeroHedge and The Federalist threatened with suspension of service by Google ads.

Research conducted by the Center for Countering Digital Hate (CCDH), a UK “anti-hate” non-profit, is stated to be behind the bans, according to NBC which reported that The Federalist had been banned by tech giant Google after the “NBC News Verification Unit” brought the CCDH research to their attention.

The original NBC story was in error and was later corrected to state that The Federalist has not yet been blacklisted by Google, but has been warned of imminent suspension from Google Ads due to policy violations in its comments section. ZeroHedge is working with Google to resolve its blacklisting, which was for similar reasons.

Google has taken another massive leap towards total control over online discourse. https://t.co/f07vlKg0Sy

NBC spoke to CCDH’s CEO Imran Ahmed who said his group has been targetting companies which have expressed support for the Black Lives Matter (BLM) movement, asking them to suspend advertising to websites that oppose the BLM agenda.

“We found that lots of those companies are inadvertently funding through their advertising content that is outright racist in defense of white supremacism and contains conspiracy theories about George Floyd and the Black Lives Matter movement,” he stated.

Websites targeted by CCDH’s “Defund Racism” campaign include Breitbart News, World Net Daily, The Gateway Pundit, American Thinker, American Greatness, and The Federalist — which is incorrectly marked on the organisation’s website as “defunded”, even though Google says it has not yet pulled ads from the site.

CCDH’s website smears Breitbart News with the false claim that the site pushed the theory that Barack Obama was born in Kenya. As “evidence”, the organisation cites a story that explicitly rejects the theory.

Mr Ahmed, a UK national, also sits on the steering committee of the UK government’s Commission for Countering Extremism, an independent advisory board that recently stated it would examine whether or not it would be possible to criminalise behaviour that leads to extremism and hatred.

Sir Mark Rowley, former head of counter-terrorism in the UK, leads the commission and stated earlier this month: “After some initial scoping I am convinced that the Commission’s clarity of focus on ‘hateful extremism’ can help identify the gaps that exist at the boundaries of current laws, such as hate crime and terrorism, which are being exploited daily by extremists.”

Also serving on the commission is Nick Lowles, of the far-left “anti-hate” activist group, Hope not Hate, which was identified as being linked to far-left extremism in a Swedish Defence Research Agency (FOI) report published in May of 2018.

Funded by Hungarian-American billionaire George Soros, Hope not Hate has also been linked to the far-left extremist Antifa movement which President Donald Trump has pushed to declare a terrorist organisation in the United States following its involvement in the BLM riots after the death of George Floyd.

Hope not Hate was also the recipient of an undisclosed amount of money from Google themselves last year after the Institute for Strategic Dialogue (ISD), in partnership with Google, gave the group cash as part of their “innovation fund to counter hate and extremism in the UK”.

While Mr Ahmed is labelled as the CEO of CCDH, according to Companies House filing records the only two board members for the non-profit are Dr Siobhan Marie McAndrew, a University of Bristol sociology lecturer, and Kirsty Jean McNeill, Executive Director of Policy, Advocacy and Campaigns for the charity Save the Children.

According to her LinkedIn page, Ms McNeill is not only a charity executive but is also a council member of the European Council on Foreign Relations, a group that was partially founded by and received start-up funding from George Soros’s Open Society Foundations (OSF).

McNeill also served as strategy director for former Labour Party leader Gordon Brown, who is also a noted supporter of Hope not Hate, and from 2007 to 2011 served as a special advisor to the UK Prime Minister’s office at 10 Downing Street.

Companies House lists two other former directors of CCDH, including Mr Morgan James McSweeney, who is now the chief of staff of Labour Party leader Sir Keir Starmer. McSweeney also influences the UK’s main opposition party through his present role as Director of the group Labour Together.

“Populism divides our country. We will not bring our country back together by shouting through megaphones, setting up single-issue protest parties or abusing people in leaflets or online. It’s easy to play the politics of hate and shout louder, but harder to do what’s really needed and create a politics of hope,” Labour Together writes on its website.