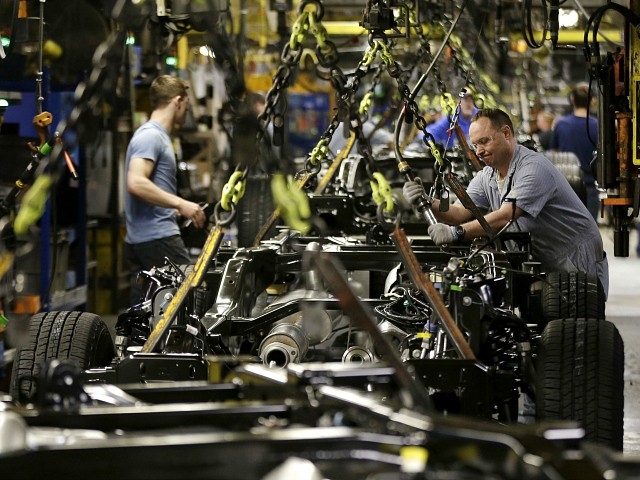 The executives of Ford Motor Company admit that President Trump’s tariffs on imported steel and aluminum will be absorbed by the multinational corporation, rather than passed onto consumers as critics have claimed.

In a statement reported by Reuters, Ford CEO James Hackett said the tariffs on imports had eaten into about $1 billion of the corporation’s profit:

“From Ford’s perspective the metals tariffs took about $1 billion in profit from us,” CEO James Hackett said at a Bloomberg conference in New York, “The irony of which is we source most of that in the U.S. today anyway. If it goes on any longer, it will do more damage.” [Emphasis added]

Hackett did not specify what period the $1 billion covered, but a spokesman said the automaker’s CEO was referring to internal forecasts at Ford for higher tariff-related costs in 2018 and 2019.

Free trade absolutists and economic libertarians have long claimed that multinational corporations should not be hit with tariffs for importing metals, goods, and materials because the cost is passed down to consumers.

As Breitbart News Financial Editor John Carney recently noted, Fed chairman Jay Powell has said that Trump’s tariffs on imports are not projected to hurt the economy or raise prices for consumers.

“You could see retail prices moving up. The tariffs might provide companies with a basis for moving prices up, when they have been unable to in the past,” Powell said. “But we’re not seeing that in the data.”

About half of business owners say Trump’s tariffs on imports are “positive” for the American economy, as they incentivize multinational corporations to keep jobs and manufacturing in the U.S. rather than offshoring those jobs to cheaper, foreign countries.

American voters, by a majority, support Trump’s tariffs as well despite the Democrat and GOP political establishments opposing the president’s economic nationalist agenda. A recent poll found that 63 percent of midterm voters said they either support the protective tariffs or would like to give them more time to work.