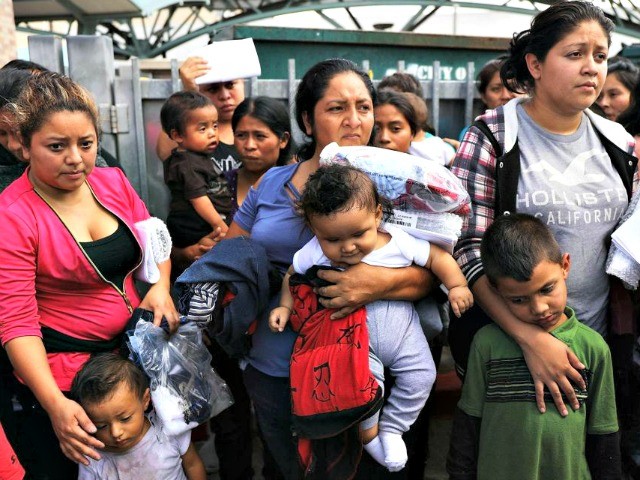 A survey by Children’s HealthWatch reveals that enrollment for the Supplemental Nutrition Assistance Program (SNAP) has dropped by roughly 10 percent among legal immigrants who arrived in the U.S. five years ago or sooner.

Researchers say foreign-born women with children in the U.S. are taking “extreme caution” before enrolling on food stamps due to a new plan by the Trump administration that is expected to be implemented within the next year.

Those upcoming legal immigration controls include protecting American taxpayers’ dollars from funding the mass importation of welfare-dependent foreign nationals by enforcing a “public charge” rule where legal immigrants would be less likely to secure a permanent residency in the U.S. if they have used any forms of welfare in the past, including using Obamacare, food stamps, and public housing.

Countries such as Australia have similar rules to prevent mass immigration from poor countries that further burden their poor and working-class citizens.

The immigration controls would be a boon for American taxpayers in the form of an annual $57.4 billion tax cut — the amount taxpayers spend every year on paying for the welfare, crime, and schooling costs of the country’s mass importation of 1.5 million new, mostly low-skilled legal immigrants.

Tax cuts for Americans through an immigration moratorium. https://t.co/E8eNP4syH4

Enforcing the public charge rule will also shift legal immigration to the U.S. away from Central and South America and towards Europe and Japan — a bonus for American workers who will see less competition for their jobs, forcing wages up while economic elite and multinational corporations will have their wealth distribution power reduced.

There have been reports in recent months that legal immigrants are unenrolling from food stamps ahead of the implementation of the public charge rule.

Since Trump took office in January 2017, there have been nearly a million individuals who have dropped from the WIC rolls, going from 7.4 million beneficiaries to now 6.8 million. Not all of these dropped cases can be attributed to immigrants getting off welfare to avoid being chronicled as a “public charge” to Americans and thus potentially denied a green card.