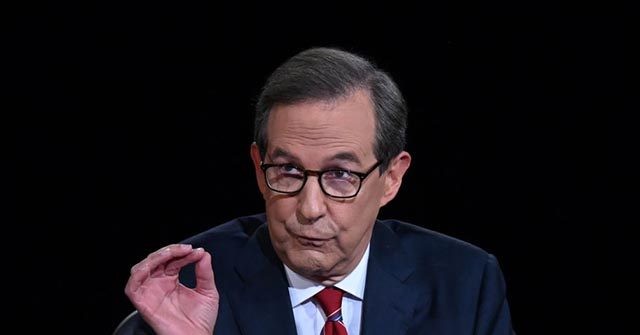 Wallace said, “Here’s what happened. We began the first segment on the Supreme Court. They each got there 2 minutes, and they both obeyed in that particular case. And then, Biden started to answer a question, and the president started interrupting him. My initial reaction was, this is great. So often, these debates become parallel news conferences where one candidate answers the question. The other candidate answers the question to him. When the president started engaging with Biden, I thought we are going to have a real debate here. It became clearer and clearer over time that this was something different. And that the president was determined to try to but in and throw Joe Biden off. I saw another Fox analysis that indicates the president interrupted either Biden’s answers are my questions a total of 145 times, which is way more than one a minute. He bears the primary responsibility for what happened on Tuesday.”

He continued, “In the beginning, I was cajoling, ‘Mr. President, wait a minute. I’m going to ask a question you’re going to want to hear. I guess I did that twice. And then I began being more forceful. And at a certain point, 45 minutes in, I called a halt to the debate for a moment and said this, ‘You know, this really isn’t serving America. Please stop the interruptions.’ The president said, ‘Well, why don’t you admonish him?’ And I said, ‘Because you’re doing a lot more of the interrupting, Mr. President.’ Biden was doing some, no question about it. But less than half as many times as the president.”

He added, “It was only 45 minutes in that I realized what a total mess and disservice this was to the country, and try to stop it. Do I wish I had stepped in earlier? Yes. But as I say, hindsight is 20/20.”