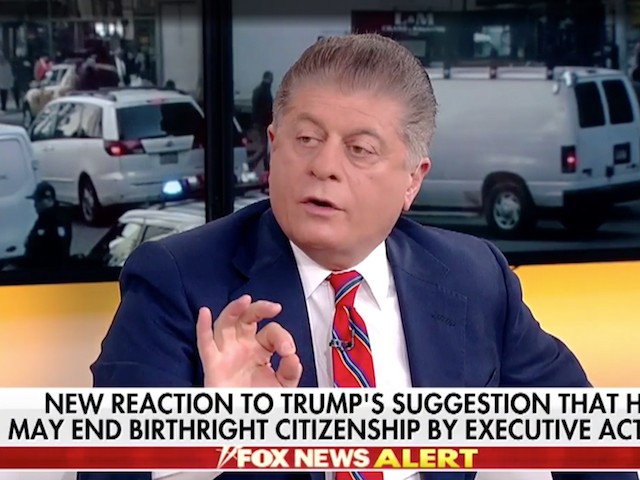 Napolitano said, “This has not been a serious debate other than in academic circles. In fact, the 14th Amendment has been in the Constitution for 150 years. For 150 years, without exception, it has been consistently interpreted to mean whoever is born here is an American citizen.”

He added, “Let me tell you why this amendment was written, it was written for two reasons: One, to make a clear and unambiguous constitutional reversal of one of the worst Supreme Court opinions in history, Dred Scott v. Sanford, which said that African-Americans are not persons and not citizens. Two, it was to stop the southern states from the beginnings of Jim Crow, ‘The slaves are free, but we’re still are not going to treat them as people, we’re not going to treat them as citizens! Oh, yeah?’ Everybody born here is a citizen, so says the Constitution.”