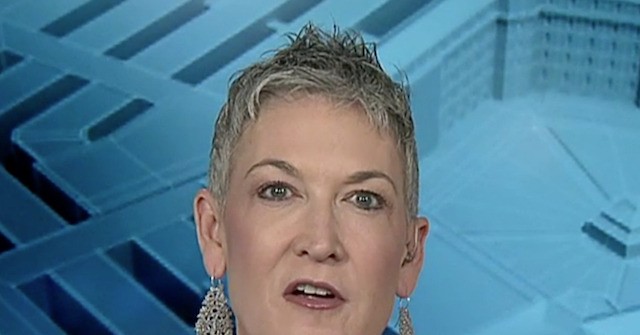 Fox News national security correspondent Jennifer Griffin told her co-hosts Friday on “The Five” that the Biden administration is not overhyping the possibility Russia will invade Ukraine to draw attention away from special counsel John Durham’s investigation.

Greg Gutfeld said, “There’s something else going on here that is–that feels very, very manufactured. And I don’t know what it is.”

Kennedy said, “I know what it is. It’s Jake Sullivan.”

She continued, “Jake Sullivan is the national security adviser. And he is in deep yogurt in the Durham probe, and he’s been the one saying, ‘We have so much intelligence an invasion is imminent.’ He said that last Friday. It’s the next Friday, here we are. I don’t think Putin is going to invade.”

Griffin said, “First of all, I need to level set with the conversation I’ve just been listening to. What we are witnessing right now is not something that’s changed in the last 24 hours. If you go back to notes that I’ve been sending out for the last two weeks, this is something we’ve been watching in terms of you–have commercial satellite imagery, you have the buildup of forces, the type of forces, the numbers of forces, things that we’ve been told in advance to look for in terms of some of the disinformation that is already starting to appear, the false flag operations in the Donbas region. All of that is ticking up.”

She added, “I’ve heard comparisons to the Iraq war and WMD, and how do we know? We’re seeing it with our own eyes. If you can’t look at the kind of the Iskander missile battalions that are now in Belarus and 30,000 Russian troops there. Half of Putin’s air force has now been deployed toward Ukraine. I am told just moments ago from a senior defense official that 40% of his 190,000 troops who are on the border with Ukraine are now in attack positions. That is something we have been waiting for.”

Griffin concluded, “Right now, every American should be watching this and knowing that this is deadly serious. This is not some wag-the-dog situation. To even mention the Durham probe in the same sentence as what we know, and what we can see with our own eyes in terms of the military buildup and knowing what Vladimir Putin is capable of–I served in Moscow from 1996 to ’99. I watched as Vladimir Putin rose. I remember the apartment blocks that were blown up by his KGB, his FSB as a pretext to go into Chechnya. Go look at those images of Chechnya and how carpet-bombed Chechnya was when the Russian military moves in. This is not a precision, small pinpointed strike. This will be the full weight of the Russian military going into Ukraine if someone doesn’t stop it in the coming days.”