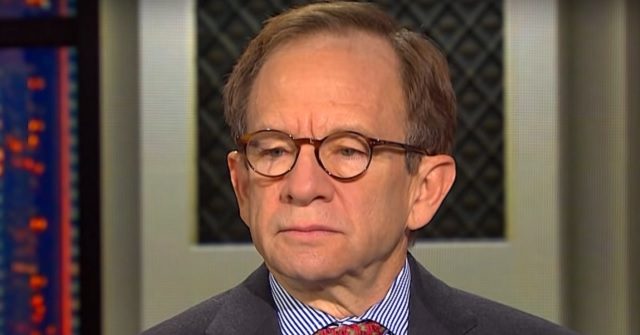 On Friday’s broadcast of MSNBC’s “Morning Joe,” MSNBC Economic Analyst Steve Rattner, who served as counselor to the Treasury Secretary in the Obama administration, said that President Joe Biden’s explanation for what’s causing inflation is incorrect, “the primary blame for the inflationary pressures” is government spending, and the price of not paying for the spending at the beginning of the Biden administration “in inflation terms is coming home to roost.”

After viewing a clip of Biden’s explanation for inflation, Rattner said, “Well, first of all, Joe, they’re not really all outside factors or things that — a perfect storm or things that just rained down from heaven. This is highly a self-inflicted problem, not just by us, but by the rest of the world. And I say with regret that everything President Biden just said in that news clip that you showed was basically wrong, in terms of what’s causing inflation.”

He continued, “The problems with the supply lines did not cause inflation…excess demand caused the problems with the supply lines, which then caused inflation. We’re actually buying more stuff than we’ve ever bought before. Imports were up 20% last month, and that creates — you try to import 20% more things through the Port of Los Angeles than you did before the pandemic, that causes supply problems. And so, it has left us in a really twisted-up situation. I can go through other examples like that. But the answer is that in the short run, there’s really nothing the administration can do. … But I think what — the lesson learned is we have to be much more careful with our policy actions, both at the congressional level, where more spending, more deficits would not be a good thing, and at the Fed, where, unfortunately, interest rates are going to have to go up.”

Rattner added, “There’s no question, Joe, that the primary blame for the inflationary pressures is the 5, 6, 7 trillion dollars that was put in the economy by two presidents over the last two years or so. And, initially, it was obviously a good idea. You had to try to keep the economy moving, you had to try to put purchasing power out there, but then we piled one stimulus program on top of another stimulus program and we ended up with the $2 trillion and we ended with people trying to buy a lot more stuff than they used to buy, and that just clogs up everything. And part of it is something we didn’t anticipate, none of us anticipated, which was that people would move from services, where it’s hard to go on vacation, it’s hard to go to a restaurant, or you’re scared to or uncomfortable doing that, to buying goods and trying to buy a new car. And so, why are new car prices up so much? Yeah, there’s a chip shortage, there are some complicated reasons for that. But the fact is that people have been trying to buy a car. Why are used car prices up? People are trying to buy used cars.”

He further stated, “I’m not against new policies, I’m not against new spending, but it needs to be paid for. And we didn’t do that at all with the $1.9 trillion at the beginning of the Biden administration and now the cost of that in inflation terms is coming home to roost.”