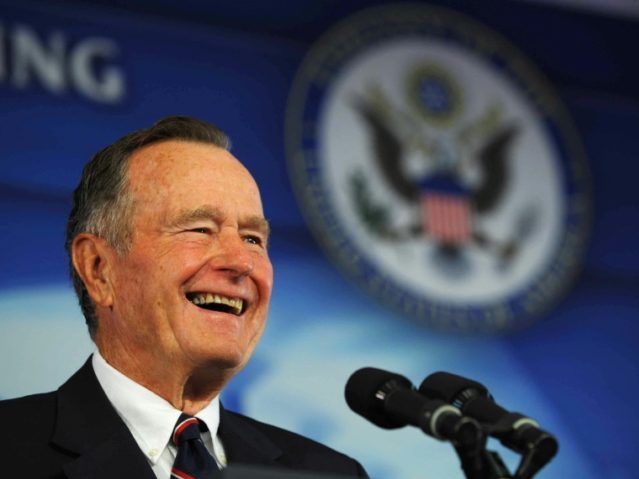 On Monday’s broadcast of CNN’s “Inside Politics,” former George H.W. Bush speechwriter Mary Kate Cary stated that she believes the former president “would be all in favor of the current president coming to the funeral.”

Cary said that Bush was superb at “converting people into being his friends.”

She added, “I think that, absolutely, he would be all in favor of the current president coming to the funeral. He would not hear of any sort of shenanigans on that part, and he would say this is an opportunity to convert him into a friend, too. And I’m hoping that the rest of the family sees it that way. I’m sure they do.”