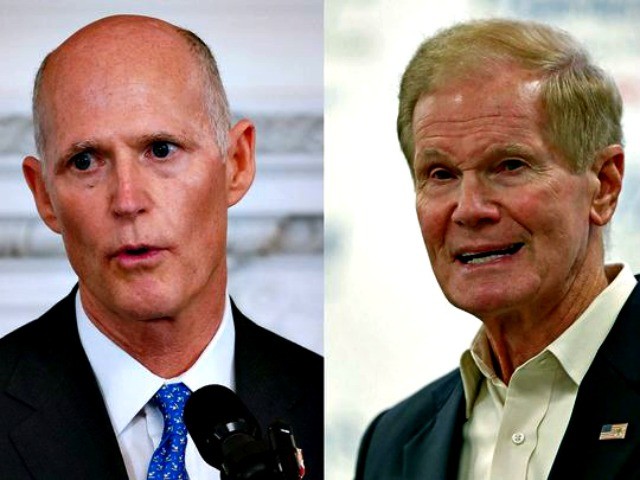 Forty-eight-point-six  percent of likely Florida voters stated they would support Rick Scott in the general election in November, while 48.3 percent say they will support Bill Nelson.

Bill Nelson was one of 48 Democrats to vote against the confirmation of Judge Brett Kavanaugh to the Supreme Court of the United States.

A Nelson defeat in November would assist in maintaining the majority ahead of the 2020 presidential election, where they intend to retain the White House.

The poll also showed that Republican Ron DeSantis trails his Democrat opponent Andrew Gillum by only one point in the Florida gubernatorial race.

After saying Florida voters would “monkey this up” by electing his opponent Andrew Gillum in August, Ron DeSantis has seemingly regained respect from many within his state.

Gillum has been facing scrutiny over the past few months for his extreme socialist views, as he ran on a platform of universal health care, a $15-an-hour minimum wage, abolishing ICE, and passing onerous gun control laws.

Dream Defenders, a radical organization that demands an end to “disaster capitalism,” says Andrew Gillum is “by far the best candidate for our movement to engage with in pushing our revolutionary vision.”

Gillum has also received the backing of well-known socialist figures including Sen. Bernie Sanders and Alexandra Ocasio-Cortez and called for the impeachment of President Trump.