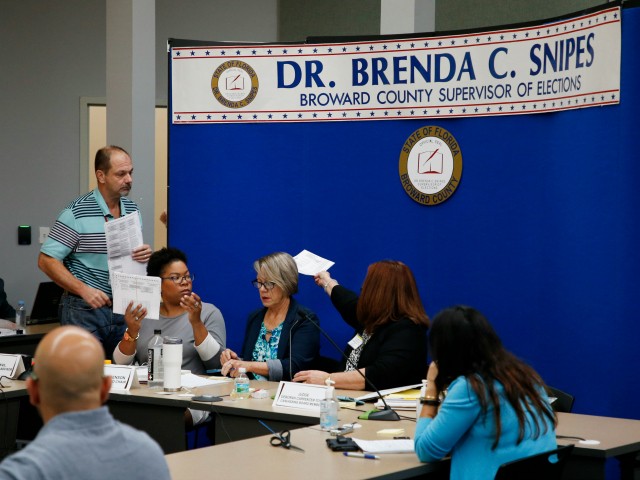 Florida Secretary of State Ken Detzner called for official recounts Saturday in the races for governor, senator, and agriculture commissioner as tension continues to rise over potential voter fraud.

With all three races having a margin less than 0.5 percent, votes will be recounted by machine. All votes counted by machine must be completed by Thursday, November 15, at 3:00 p.m. Eastern. Races within the 0.25 percent margin will then go to a hand recount of undervotes and overvotes. An overvote occurs when a voter fills in more than one selection in a particular section on the ballot. An undervote is when no selection is made or a voter selects fewer than the available choices.

Both Florida’s Senate and agriculture commissioner races fall within the 0.25 percent margin of a hand recount.