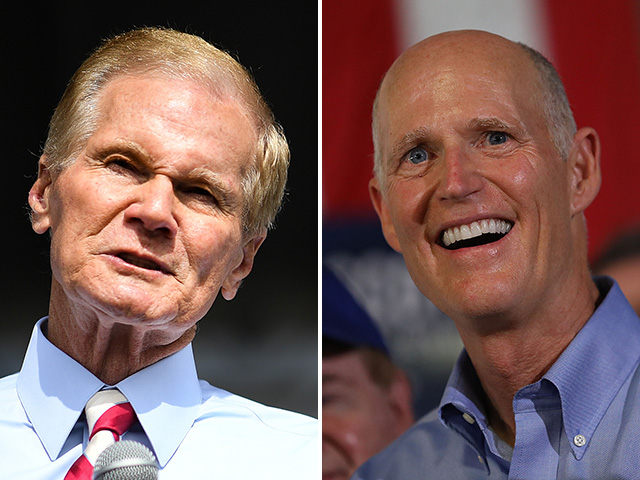 Scott, a Republican governor for eight years, announced the concession in a statement, saying, “I just spoke with Senator Bill Nelson, who graciously conceded, and I thanked him for his years of public service.”

Nelson plans to make a statement at 3 p.m., his campaign said.

Earlier, Florida released the final results for its midterm elections, including manual recounts for senator and agriculture commissioner.

The manual recount of the senator’s race showed Scott leading incumbent Nelson by 10,033 votes out of more than 8 million cast, compared with around 12,000 votes after the machine recount.

Results from the recounts are scheduled to be made official by the state’s elections canvassing board Tuesday.

Official results were released by Florida’s Division of Elections after the noon Sunday deadline to report the manual recounts, which examined overvotes and undervotes — instances in which a ballot wasn’t counted because a voter marked too many or too few candidates.

The recount in Broward County was marred with problems as the elections supervisor misplaced more than 2,000 ballots during its machine recount and the county’s canvassing board chose to combine its manual recount totals with its original unofficial totals submitted before recounts began.

Nelson filed a number of mostly unsuccessful lawsuits in hopes of closing the gap with Scott, including one calling for a manual recount in Palm Beach County, which remains open.

The Senate rate is one of four races flipped to Republicans compared with two seats that changed parties to Democrats.