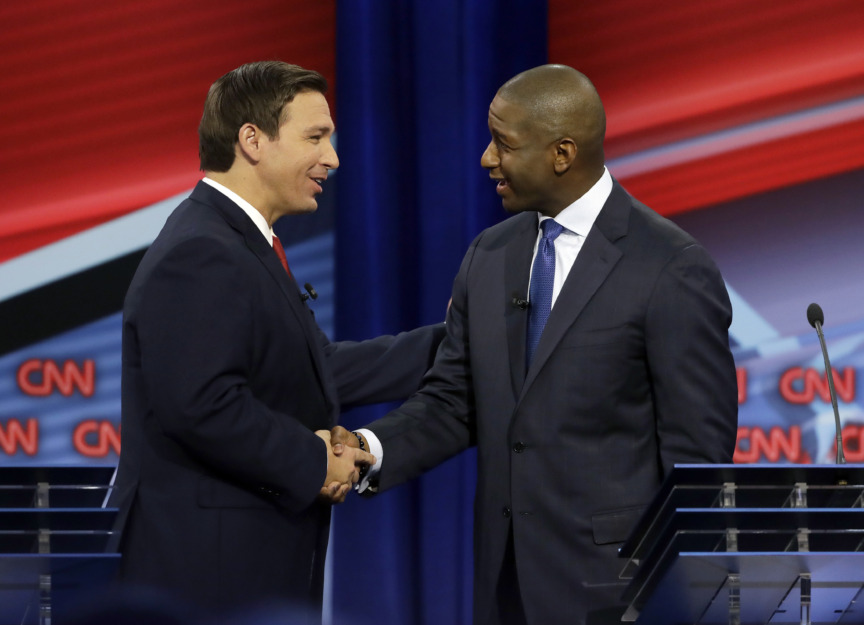 Approximately 79 percent of DeSantis’s supporters said their vote is decided, compared to 87 percent of Gillum supporters.

The survey, conducted for Gray Television by Strategic Research Associates, LLC, collected results from October 16 through October 23. The margin of error for the full sample is +/- 3.46%.