Oldsmar Police in Pinellas County, Florida, accuse Eric L. Detiege, 47, of lying in the yard of a townhouse while pleasuring himself with one hand and a pickle in the other, according to an arrest complaint originally published by the Smoking Gun. The man faces a charge of Exposure of Sexual Organs, a misdemeanor in Florida. Detiege is reportedly being held in custody on a $150 bond. 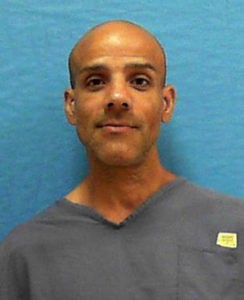 The arresting officer notes the incident occurred around 4pm local time on Sunday.

The criminal complaint notes that Detiege was not armed with a firearm and there is no mention of the pickle being taken as evidence. The report also notes the suspect did not appear to be under the influence of alcohol or drugs. The arresting officer did not draw a conclusion if there were signs of mental illness.