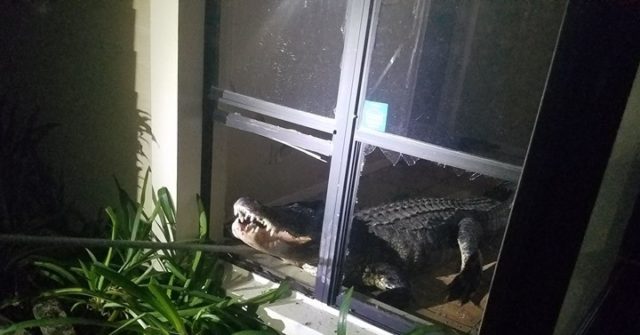 A home in Clearwater, FL, was broken into Friday morning, but not by a usual suspect.

Per Fox 13, a homeowner woke up to noises in her kitchen around 3:00 a.m. to find an 11-foot alligator. The alligator had destroyed the kitchen table, toppled chairs and damaged the walls.

The homeowner called the police and a trapper responded to the scene to remove the visitor.

The Clearwater Police Department said on Facebook the alligator broke into the home through a low window in the kitchen.

There were no injuries reported in the break-in.