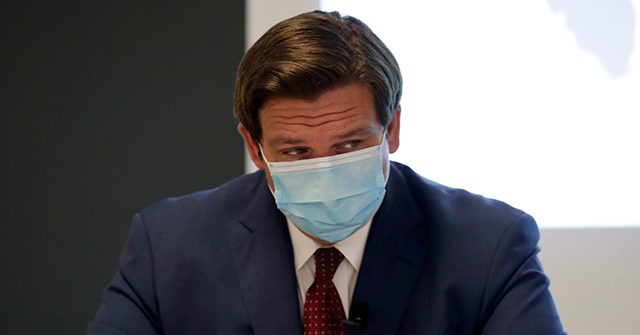 A vaccine passport, requiring an individual to show proof of receiving a vaccination for the Chinese coronavirus to participate in certain activities, is a “terrible” and “unacceptable” idea that will not be embraced in Florida, Gov. Ron DeSantis (R) told reporters on Thursday.

DeSantis, who held a roundtable discussion with renowned doctors and epidemiologists who praised the steps Florida took in its response to the virus by rejecting further lockdowns and intrusive restrictions, made it clear that the Sunshine State will not require a vaccine passport — an idea that is under consideration, particularly for international travel.

“The vaccine passport is a terrible idea. We are definitely not going to require anything from the state’s perspective. That is totally off the table,” DeSantis said. “If I have businesses that want to do that in Florida, I think that that’s more than just a private decision.”

DeSantis said the decision would impact society and, particularly, disadvantaged people, making it a “negative” move for the state as a whole.

“Look, if you want to go to a movie theater or concert, all this stuff, go. If you don’t, don’t. But to require somebody to show some type of proof of vaccination, I think, is completely unacceptable, and it’s not something that we’re going to support here in any way in Florida,” he vowed.

As Breitbart News reported, Chinese Communist Party (CCP) “experts” are reportedly urging the World Health Organization (W.H.O.) to allow the communist regime to “build and run a global database for ‘vaccine passports’ documenting if every person on earth has received a Chinese coronavirus vaccine.”

A significant amount of hesitancy remains among Americans when it comes to receiving a vaccine for the virus. Forty-one percent say they are unwilling to receive the vaccine, a Harvard CAPS-Harris poll released this month found.