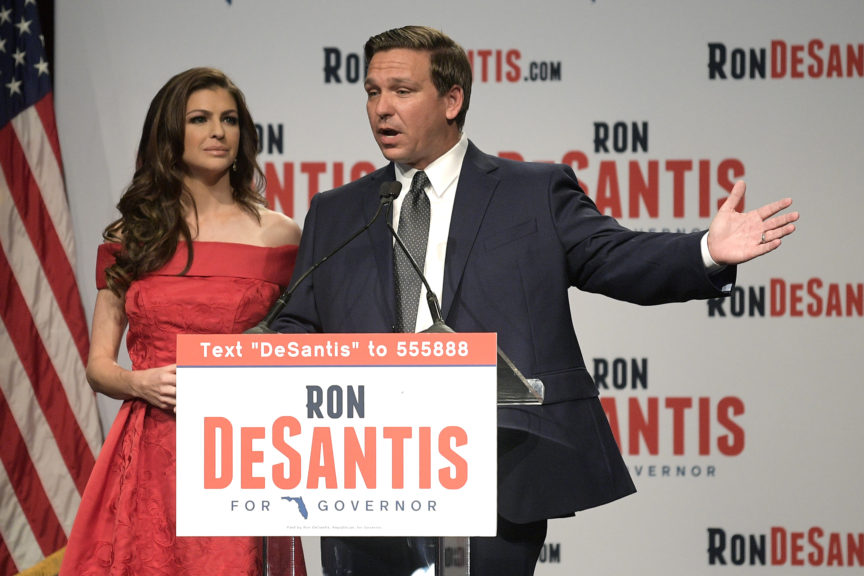 DeSantis is in a close battle for governor with the Democratic candidate, Tallahassee Mayor Andrew Gillum, in Tuesday’s election. DeSantis resigned his seat in Congress shortly after winning the Republican primary for governor in August in order to focus exclusively on the race.

“Yesterday we got new job numbers, 250,000 jobs added in the month of October alone. A thousand manufacturing jobs a day. Unemployment still down at 3.7 percent. We haven’t seen unemployment that low for a long time. We’ve got a three percent rise in wages. What do you make of the new jobs numbers and how important is that going into Tuesday?” Boyle asked.

“It’s as good a jobs report as you could really get,” De Santis said.

“I think the economy is humming. I think that clearly we’re much better off than we were several years ago under Obama’s policies. I think most voters get that,” he added.

“I think the issue is how much is the economy going to drive voters’ choices? People say everyone always votes with their pocket book. I think what happens is, when the economy is doing well, sometimes voters just take it for granted. To the extent they are really focusing on the economy, I think it’s a slam dunk for Republicans like me,” he continued.

“I’m running against a guy who wants a 40 percent tax increase in Florida. That would destroy jobs and hurt business,” De Santis told Boyle.

“There are certain voters who will not give President Trump credit for anything. You even saw [former President] Obama yesterday down in Florida trying to take credit for the economy! We had such a lackluster economy when he was president, and now these great numbers, and he’s trying to say that’s because of him, which is just laughable!”

“Between what Congress did and what the president did unilaterally, you had the biggest reduction in bureaucracy and red tape that had been really strangling a lot of creative energy in the economy. We passed a generationally significant tax reform, which simplified the tax code, lowered business rates so we’re not shipping jobs overseas anymore, and also lowered individual rates so people have more money to be able to do what they need to do rather than what the government needs to do.”

“The Florida panhandle is a very good place for votes for people like me,” De Santis told Boyle.

“These rallies are energizing the Republican faithful. It’s helping us turn out more voters. We actually right now, in Florida, with the early and absentee returns, we’re about a percent and a half ahead of the Democrats. We’ve always been behind at this stage, and then we have to catch up on election day, so we’re over performing in terms of what everyone thought we would be able to do.”

“We’re still working at it. We need everyone to turn out, but I think the energy on our side is really unprecedented for a midterm election with the president being of our party,” DeSantis said.

You can listen to the full interview here: