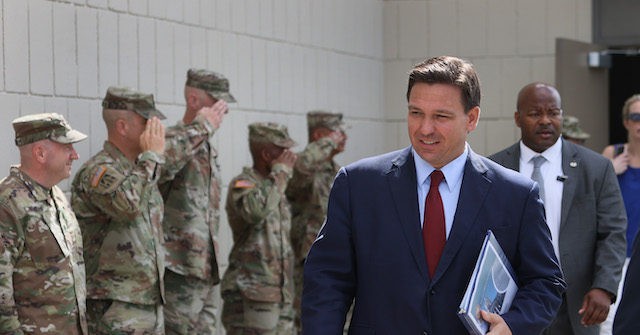 The Florida Board of Education approved a proposal Thursday which outlines the teaching of American history, banning critical race theory from being taught in classrooms across the Sunshine State.

While the proposed rule did not specifically mention critical race theory, it prevents teachers from trying “to indoctrinate or persuade students to a particular point of view.”

Instruction on the required topics must be factual and objective and may not suppress or distort significant historical events, such as the Holocaust, and may not define American history as something other than the creation of a new nation based largely on universal principles stated in the Declaration of Independence.

The new language was offered in an amendment by board member Tom Grady during Thursday’s meeting held at the downtown campus of Florida State College at Jacksonville (FSCJ).

“Some of this stuff is, I think, really toxic,” DeSantis said to the school board. “I think it’s going to cause a lot of divisions. I think it’ll cause people to think of themselves more as a member of particular race based on skin color, rather than based on the content of their character and based on their hard work and what they’re trying to accomplish in life.”

Florida’s education system exists to create opportunity for our children. Critical Race Theory teaches kids to hate our country and to hate each other. It is state-sanctioned racism and has no place in Florida schools. pic.twitter.com/ludv7ARgNP

“It teaches people to view that as the most important characteristic,” DeSantis said. “And obviously if you’re certain races, Caucasian, what-not, they view that in a negative fashion. That is not something that’s appropriate for schools.”

“It’s based on historical falsehoods,” he added. “For example, some of these people have said the American Revolution was fought, uh, because they wanted to preserve slavery. Really? In Lexington and Concord, that’s what they were fighting about?”

DeSantis also stated that it would be “offensive” to have taxpayers “fund teaching kids to hate their country and to hate each other.”