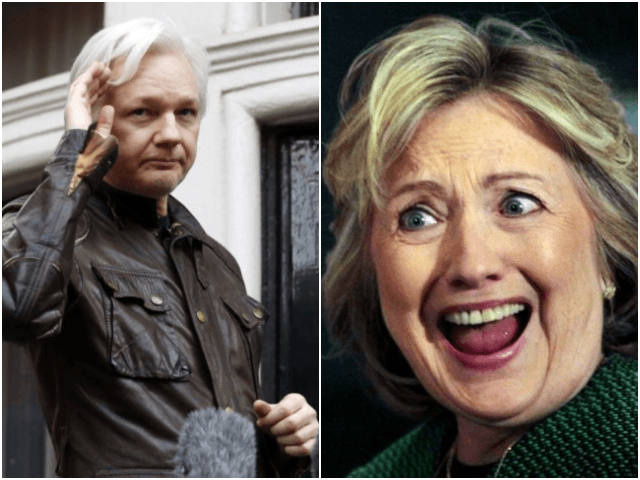 The Department of Justice has obtained sealed charges against Assange for his decision to publish classified U.S. government material, as confirmed by Reuters.

Yet the DOJ has done nothing to hold former Secretary of State Clinton to account, either for her apparent negligence in ignoring Assange’s warnings about the leaked material nor for her uploading sensitive government information to an insecure private email server.

Poitras’ video shows that the WikiLeaks founder and his associate Sarah Harrison made an emergency call to Hillary Clinton’s office ahead of the release of classified diplomatic cables in 2010. According to Poitras, WikiLeaks wanted to warn the U.S. government that third parties had obtained a password to the full unredacted the cables and were circulating it on the net.

Prior to the release of the cables, WikiLeaks practiced “harm minimization redactions” in its leaks, in which certain information was redacted from leaks in order to prevent loss of life. From November 2010 through September 2011, WikiLeaks released the diplomatic cables in a rolling fashion with redactions to minimize harm to individuals.

Then, in the same year, an error allegedly on the part of Guardian journalist David Leigh led to third parties obtaining a password that granted access to the full unredacted cables. It was at this point that WikiLeaks attempted to warn the office of then-Secretary of State Clinton, as seen in the video above.

“By the time we published the cables, the material was already on dozens of websites, including Cryptome, and were being tweeted everywhere. And even a searchable public interface had been put up on one of them.”