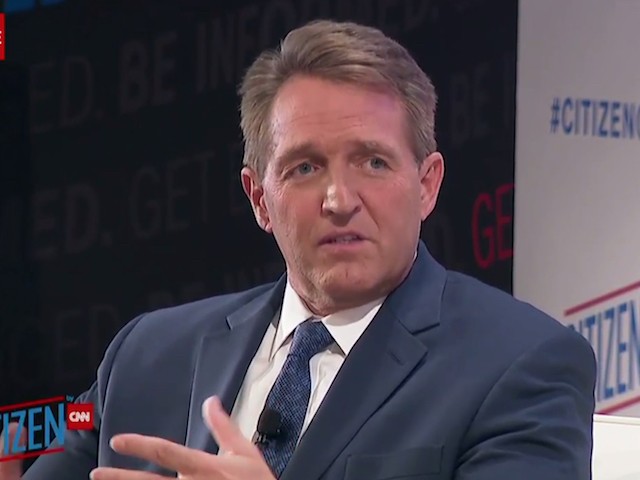 When asked if he knew what Trump was talking about, Flake said, “No, that’s long been pretty much a canard and a fear tactic.”

He continued, “These, for the most part overwhelmingly, are people who are either fleeing violence or looking for a better life.”

Sadly, it looks like Mexico’s Police and Military are unable to stop the Caravan heading to the Southern Border of the United States. Criminals and unknown Middle Easterners are mixed in. I have alerted Border Patrol and Military that this is a National Emergy. Must change laws!