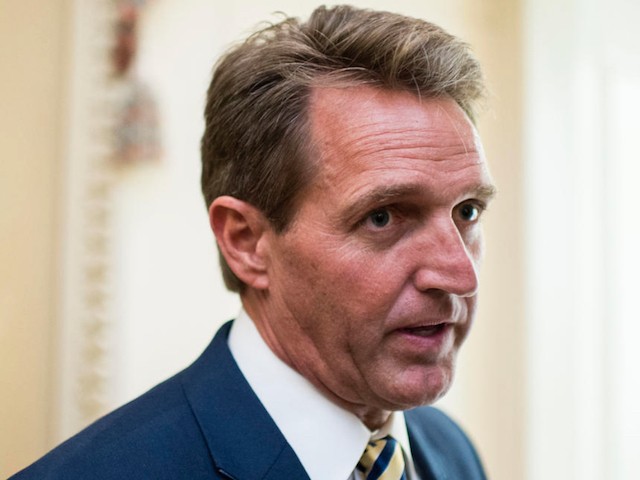 Flake said, “His words just a few moments ago were great He said what he should have said that we’ve got to tone it down and be more civil. We’ll see in the next rally. If there are ‘Lock her up’ chants that he doesn’t say, ‘Hey that’s inappropriate. Don’t do that,’ or if he talks about a journalist that’s been beat up and that’s okay, that’s wrong. He needs to follow up what he said with actions. If he models that kind of behavior, it helps the rest of the politicians as well.”

He added, “Like I said, the enemy of the people, the president needs to know that phrase does not have a noble pedigree. And we have a number of journalists being detained and killed overseas. And you can’t be here using that kind of language. You just can’t.”