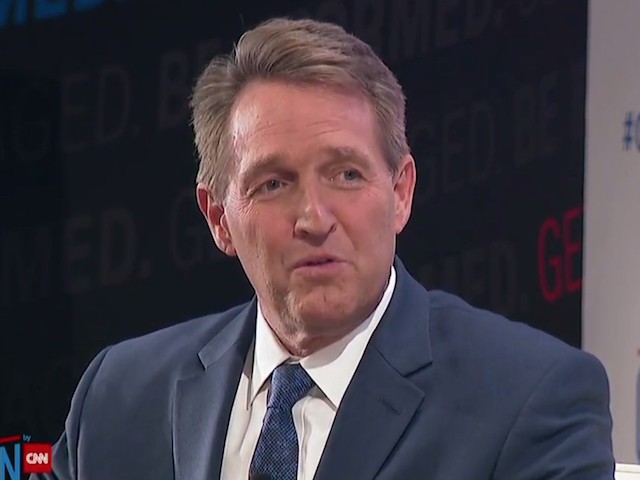 Flake said, “Well, sometimes because it works. And you wonder, if you see a rally or a speech, and he’s had a lot of rallies lately in Arizona or elsewhere, and when you hear him say some of the things he says —and to me, now, it’s just gone so far beyond, you’re not expecting the president to pivot anymore. But what is troubling is to look behind him and see the reaction of people to what he says, and that’s what’s troubling. The ‘lock her up’ chants, talking about not just Hillary Clinton, but Dianne Feinstein or Dr. Ford or others. That’s just unseemly. And that’s what’s more troubling to me now, is who believes this. He does it because it still works. It riles people up.”