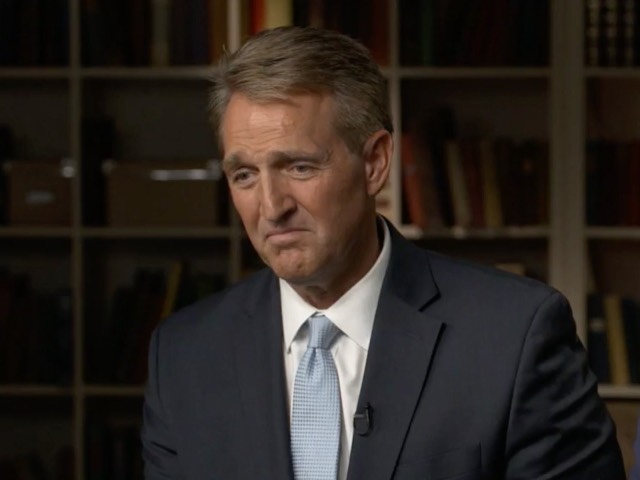 During an interview for Sunday’s “60 Minutes” on CBS, Sen. Jeff Flake (R-AZ) discussed the Brett Kavanaugh hearings from last week, saying the Supreme Court justice nominee’s fiery opening statement came across as someone who was “unjustly accused” of something.

“I have to say that when I heard him, I heard someone who I hope I would sound like, if I had been unjustly accused,” Flake told CBS’s Scott Pelley. “And to see his family behind him … it was anger. But if I were unjustly accused, that’s how I would feel, as well.”

The outgoing senator added that Kavanaugh’s interactions with some of the members in the Senate Judiciary Committee “was a little too sharp.”