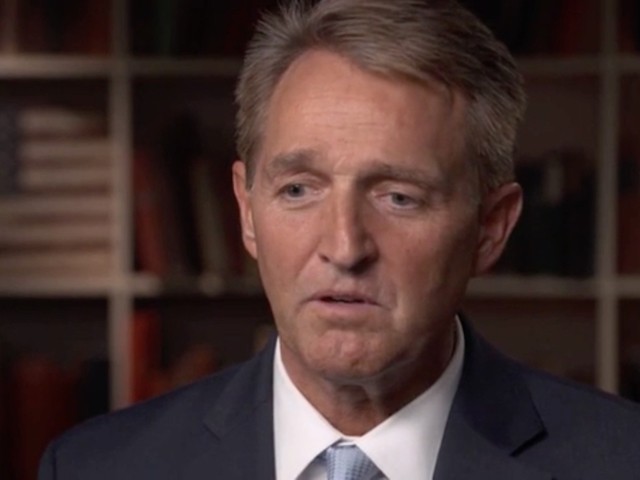 In a preview clip from “60 Minutes” that aired Sunday on CBS’s “Face the Nation,” Sen. Jeff Flake (R-AZ) said Supreme Court associate justice nominee Brett Kavanaugh‘s testimony before the Judiciary Committee was understandable, but he said it “seemed partisan.”

Flake said, “Well, when he walked out, open his binder and put his papers here and we knew that he was eager to testify. And I have to say that when I heard him, I heard someone who I hoped I would sound like if I had been unjustly accused. And to see his family behind him, it was anger. But if I were unjustly accused that’s how I would feel as well. And as it went on, I think his interaction with some of the members was a little too sharp. But the statement, the beginning I thought was pretty raw, but in keeping with someone who had been unjustly accused.”

He added, “The part that he talked about — the mention of the Clintons, I didn’t like either. It seemed partisan. But boy I have to put myself in that spot. You give a little leeway there.”